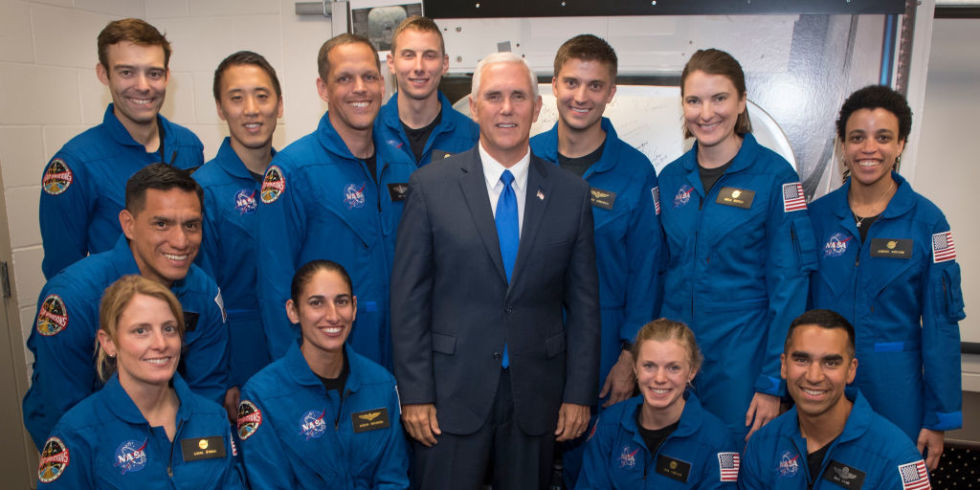 NASA have announced 12 new ‘astronaut candidates’ whose dreams of going to space have just come within reach.

And that, even by NASA’s standards, is no mean task. The recruits beat off 18,300 applicants from across the United States, putting the odds of being selected at less than 1 in 1500.

For those Stateside, you’ve got a better chance of getting into Harvard than getting anywhere near to the moon (the university’s acceptance rate is 5.2%).

The best bit? Nearly half are women. Five gals and seven men make up the new class, NASA’s largest since 2000.

Those selected made it through the grueling selection process but won’t be eligible to go on a mission to the International Space Station (ISS) just yet – new astronauts must report to the Johnson Space Center in Houston in August for a training program that lasts two years.

They join 44 active NASA astronauts. Only 338 men and women have ever held the title. 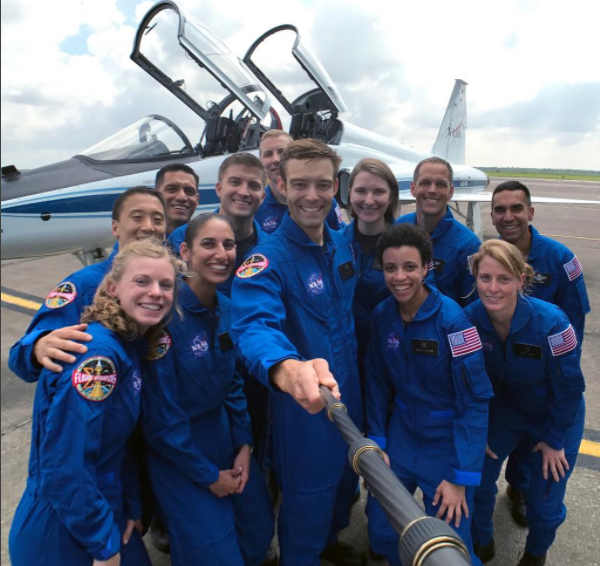 ‘Like the crews before, you will inspire folks, you will inspire the next generation to come in after you and take it on. What you see today behind me is our future,’ said acting NASA Administrator Robert Lightfoot. ‘One of these folks behind us could be the one who takes that next iconic giant leap…and brings the entire NASA family and the entire world with them.’

The candidates will also learn Russian, as NASA’s primary partner on the $100 billion ISS is Russia’s federal space agency. They’ll also be taught to fly supersonic T-38 jets, to help prepare them for the rigors of spaceflight. 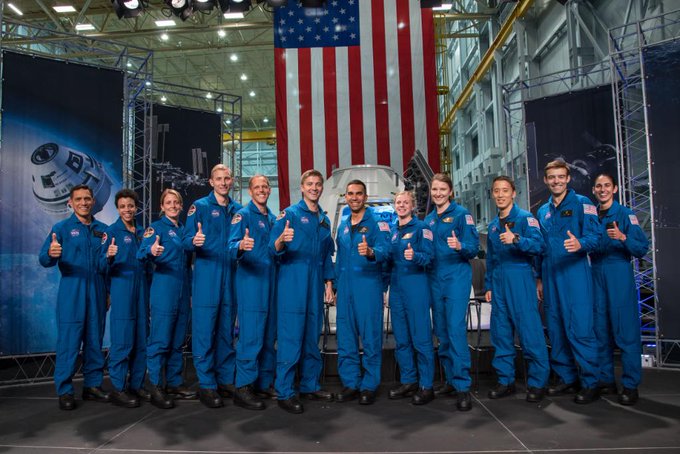 The women joining NASA’s ranks are, as you’d expect, seriously bossing life. Together they’ve got degrees in engineering, aerospace engineering, biology, marine science, astronautics (the theory and practice of navigation beyond Earth’s atmosphere) and geological and environmental sciences.

Jessica Watkins, for example, is currently working to discover Mars’ geological history while finding the time to write short stories, flies planes, and plays rugby on her days off.

Intimidated? Us? Find the full list of new candidates here.