Chimamanda Ngozi Adichie was born in 1977 and was raised in a family of six children in West Africa, Nigeria. Both of her parents worked for University of Nigeria, her father was a professor of statics, whilst her mother was a register. One would think that the richness in knowledge and attitude within her family influenced and shaped the young Chimamanda from early childhood. Perhaps the phrase catch them young is more fitting for Chimamanda as she was a voracious reader from young age where she found novels by novelist like Chinua Achebe transformative. As if by design and blessing in waiting Chimamanda means “My God will never fail/fall. Gods power is always above all”

Having weaved through high school she was to pursue a ‘respected’ degree in medicine and pharmacy in Nigeria. She only studied Medicine and Pharmacy at University of Nigeria for a year and half before leaving for USA to study communications and political science at Drexel University in Philadelphia. After investing  time and nearly set career wise, one would be tempted to think that such a move was going to be futile. There is prestige and status that comes with studying Medicine so anything short of it would probably mean a deviation from the path of success. You can only imagine the amount of criticsm she possibly faced and how her colleagues in her medicine course might have thought, what a mistake, how on earth is she going to make it?

Alas, but if you are predestined for something bigger in the world, you just end up where exactly you are supposed to be. You can call predestined but Chimamanda somehow didn’t picture herself saving people’s lives medically but perhaps through literature and feminism. When a dream is in you, you can’t do much to suffocate it. Sometimes it just pushes you in the right direction. For young Chimamanda it could have been a combination of passion, genius and the desire to pursue her dreams. How could she have traded writing for a career in medicine when she showed interest in writing even during her early years before even setting foot at institutions of higher learning?

Her writing career got a boost whilst completing her senior year at Eastern. She wrote her first novel, Purple Hibiscus, which was released in October 2003 and received a wide critical acclaim. In the following year, the book was shortlisted for the Orange Fiction Prize (2004) and was awarded the Commonwealth Writers’ Prize for Best First Book (2005).

As a keen reader and writer from young age, her brilliant works made her no stranger to the awards podium. She has collected various awards and has appeared in several publications including the New Yorker, Granta, and the Virginia Quarterly Review. She was to win the BBC short Story Awards for her story “That harmattan Morning” in 2013, the O. Henry prize for “The American Embassy” and The Daving T. Wong International Short Story Prize in the same year. 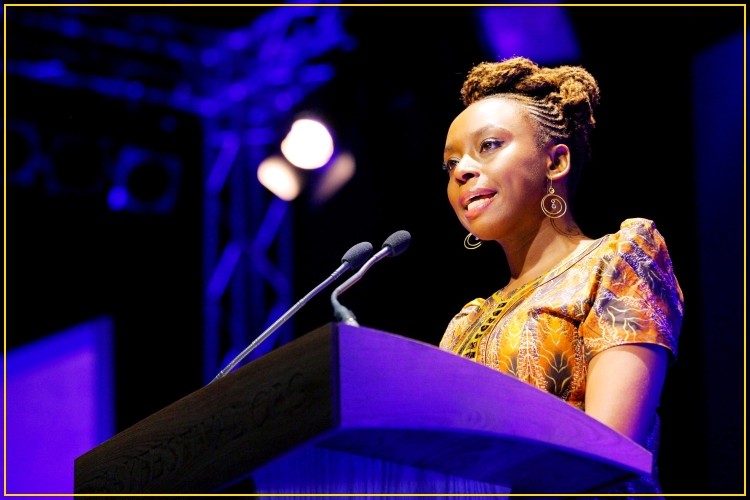 To date Chimamanda has penned several books and continue to receive recognition;

Apart from her mightiness in wielding the pen and writing some of the most attractive pieces, Chimamanda is also a feminist. Following a speech “We should all be feminists” she delivered for TeDx Talk in 2013, Beyonce couldn’t resist but sample it in her song ‘Flawless’. 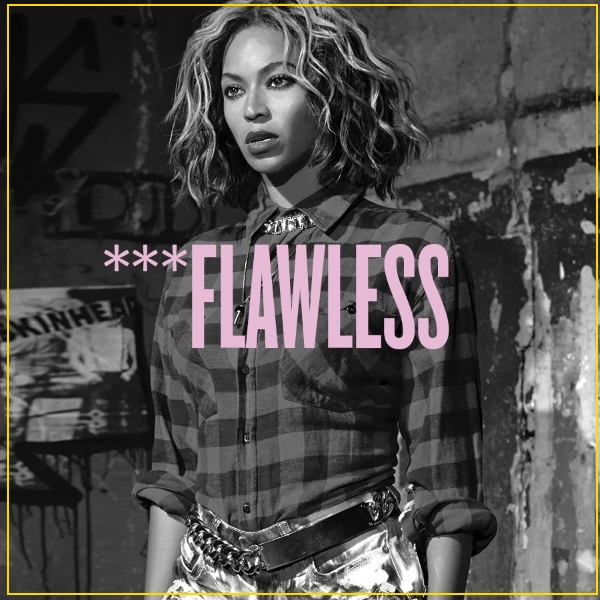 The talk on its own created a form of widespread global awareness of Chimamanda’s feministic views and in general her works. Chimamanda’s extract of the speech that continues to empower many people might also resonate with you

“We teach girls to shrink themselves, to make themselves smaller. We say to girls, ‘You can have ambition, but not too much. You should aim to be successful, but not too successful. Otherwise you will threaten the man.’ Because I am female, I am expected to aspire to marriage. I am expected to make my life choices always keeping in mind that marriage is the most important. Now marriage can be a source of joy and love and mutual support. But why do we teach girls to aspire to marriage and we don’t teach boys the same? We raise girls to see each other as competitors – not for jobs or for accomplishments, which I think can be a good thing, but for the attention of men. We teach girls that they cannot be sexual beings in the way that boys are. Feminist: the person who believes in the social, political and economic equality of the sexes”

Chimamanda has been a great success as a writer with her books and short-story collections, an orator, and feminist.

For more about Chimamanda Read Here

2 Comments on Chimamanda Ngozi Adichie. Medical drop-out to a great novelists and feminist