A popular French author and television presenter has caused outrage after claiming he was “incapable” of loving a woman aged over 50.

Yann Moix, 50, told a glossy magazine: “Come on now, let’s not exaggerate! That’s not possible … too, too old.”

In the interview with Marie-Claire magazine’s French edition, Moix, the author of several prize-winning novels, added that women in their 50s were “invisible” to him.

“I prefer younger women’s bodies, that’s all. End of. The body of a 25-year-old woman is extraordinary. The body of a woman of 50 is not extraordinary at all,” he said, adding that he preferred to date Asian women, particularly Koreans, Chinese and Japanese.

“It’s perhaps sad and reductive for the women I go out with but the Asian type is sufficiently rich, large and infinite for me not to be ashamed.”

Moix has won several literary prizes including the prestigious Prix Goncourt for a first novel and the Prix François Mauriac from the Académie Française for his 1996 debut work Jubilations Vers le Ciel, has directed three films and is the host of a popular TV talkshow.

The journalist and writer Colombe Schneck, aged 52, published a photo of a backside on her Instagram account. “Voila, the buttocks of a woman aged 52…what an imbecile you are, you don’t know what you’re missing, you and your tiny, paunchy brain.” 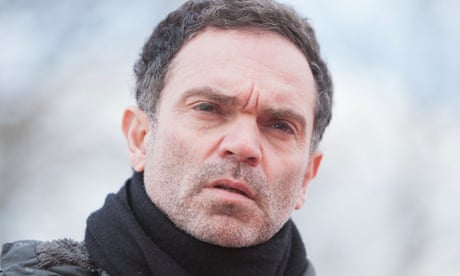 ‘Prisoner of my tastes’: French author defends remarks about women over 50

Former first lady Valerie Trierweiler tweeted here about Moix in the context of the fourth anniversary of the terrorist attack on satirical newspaper Charlie Hebdo.

French MP Olivia Gregoire, a spokeswoman for Macron’s La République en Marche (LREM) party, tweeted: “Very classy Yann Moix. Very very classy. But like stupidity and vulgarity have no age, it’s reassuring in his case as I doubt many women want (these qualities).”