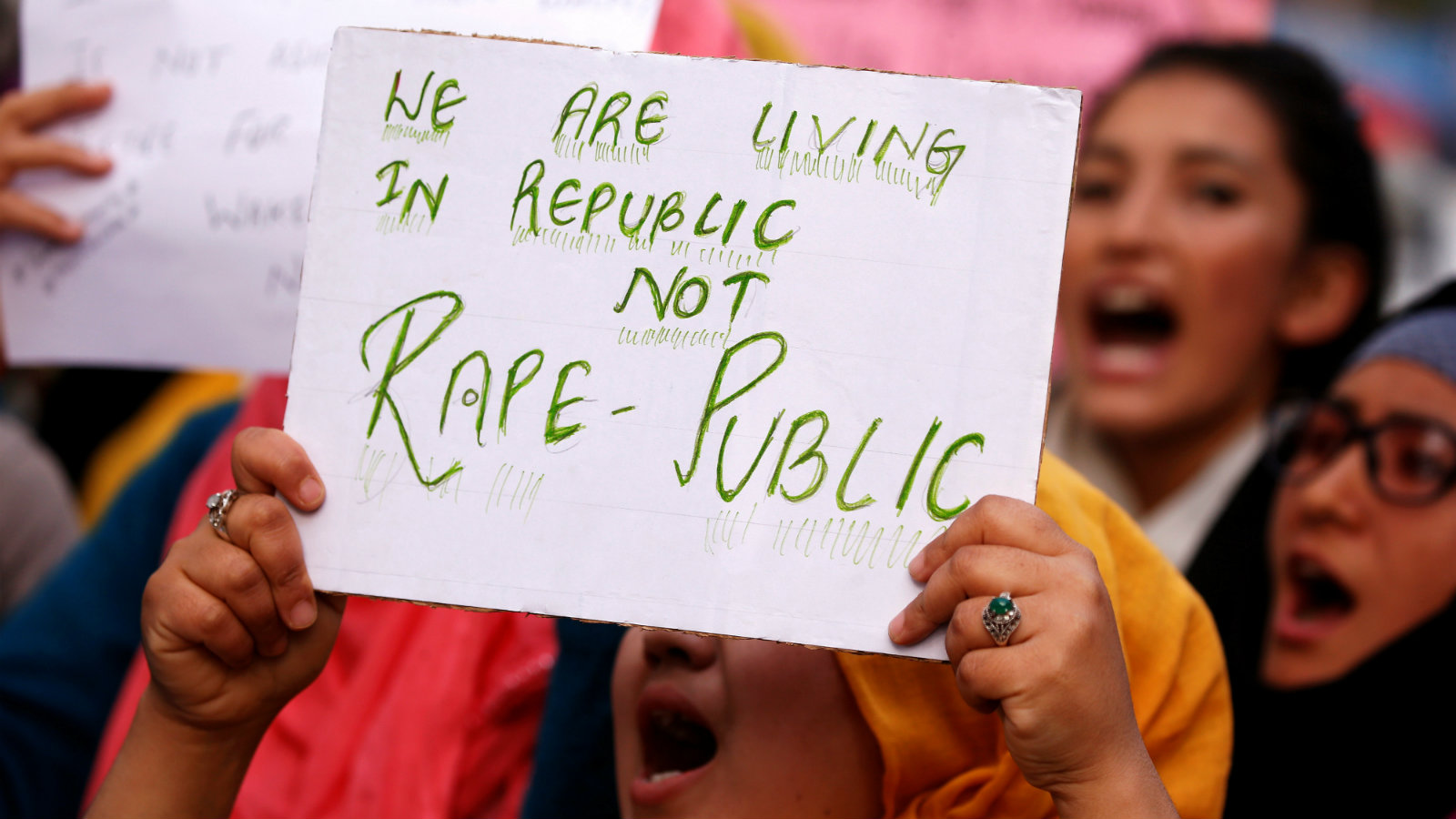 India is now the worst place in the world to be a woman.

The country has topped the list of the most dangerous countries for women, thanks to widespread sexual violence, retrograde cultural practices, and trafficking, according to a poll by the Thomson Reuters Foundation. In 2011, when a similar poll was last conducted, India ranked fourth behind Afghanistan, Congo, and Pakistan.

The world’s five most dangerous countries for women:

Between March 26 and May 04, the Thomson Reuters Foundation surveyed 548 experts on women’s issues across the globe, including academics, health workers, policy-makers, and NGO workers.

The respondents were asked to consider the following parameters: health care, cultural traditions, discrimination, sexual violence, non-sexual violence, and human trafficking. And India came up as the worst of the lot in half of them.

“The world’s second-most populous nation, with 1.3 billion people, ranked as the most dangerous on three of the topic questions—the risk of sexual violence and harassment against women, the danger women face from cultural, tribal, and traditional practices, and the country where women are most in danger of human trafficking including forced labour, sex slavery, and domestic servitude,” the Foundation said.

The findings only confirm an uncomfortable truth.

The 2012 gang-rape of a young woman in New Delhi was seen as an inflection point for women’s safety in India, sparking widespread protests and calls for change. However, girls and women continue to face extreme brutality in the conservative, patriarchal country. This, despite improved laws and many woman-oriented schemes like Beti Bachao, Beti Padhao (save girls, educate girls) launched by the Narendra Modi government.

Cases of crimes against women, including rape, sexual assault, acid attacks, and dowry deaths, rose by nearly 40% to 338,954 between 2012 and 2016, according to the National Crime Records Bureau (pdf).

Even this number likely underestimates the crisis: Previous research has shown that survivors of rape and sexual assault face incredible brutality even when they try to seek out justice, with the police, lawyers, and doctors adding to their ordeal through insensitive treatment. This combined with the social stigma associated with sexual assault, and pressure from powerful interests, ensures that many women don’t report rape or sexual assault at all.

Human trafficking poses yet another challenge. Some 15,000 such cases were recorded in India in 2016, and two-thirds involved female victims, many under the age of 18, sold into sex work or domestic servitude. Only last week, five activists who had performed a street play to raise awareness about trafficking were reportedly raped at gunpoint in the state of Jharkhand.

This then is the dark side of the Indian story. The country may now be known for its startups and space programme, besides its booming consumer economy that everyone wants a piece of. But for millions of its women, or nearly half the population, safety and dignity remain a distant dream.