Rhea Mogul , CONTRIBUTOR Opinions expressed by Forbes Contributors are their own. 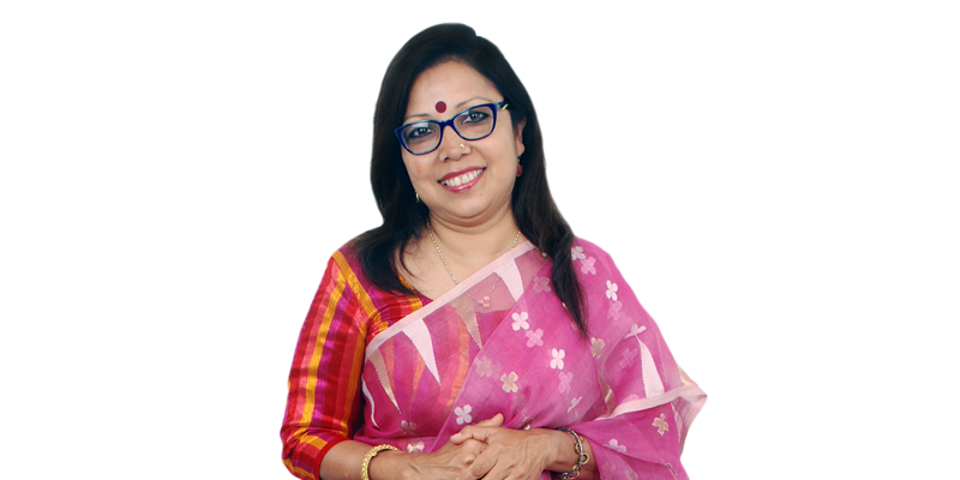 When Revathi Roy’s husband fell into a coma, she found herself alone, left to care for their three children. After two years of accumulating medical bills, he succumbed to his illness. But instead of floundering in self-pity, Roy picked up the pieces of her life and started to build a business.

Roy was always the designated driver for her friends after a party. Annoyed by the lack of gratitude she received from them the following morning, she decided to turn her passion into a business. “It was like I had an epiphany,” she said. “I told them ‘just you wait and see.’” Soon after, she borrowed a taxi and began ferrying passengers to and from Mumbai airport.

Realizing the demand for women drivers in the city, as a result of the staggering levels of sexual assault on women, she founded Forsche — pronounced “for she” — Asia’s first taxi service for women, run by women.

Forsche created a training academy for impoverished and marginalized women, and taught them how to drive. The company trained over 1,000 women, enabling them to earn a stable monthly wage of about $230-310 USD (15,000-20,000 rupees) — putting all of them above the poverty-line.

“The business model was very simple, but the biggest challenge was to convince women to climb on board,” said Roy. “The driver community is not the most respected in India.”

Roy would travel to remote villages, visit slums in Mumbai and approach women on the streets, in a bid to educate them about the importance of earning for themselves. “I was driving through the city when I noticed a girl who was shivering on the side of the road,” she told me. “I went and spoke to her and learned that she had been thrown of her sister’s house and her husband had left her. She was 47, and in need of a job.” Roy let the woman stay at the Forsche office whilst she completed her driving training. She went on to become the company’s most valuable employee, and saved enough money to put her daughter through medical school.

“These are the stories that make me want to work for the rest of my life. These women are my inspiration,” Roy said, beaming with pride.

Mumbai-based finance company IL&FS, together with the Japanese financial services firm, ORIX, invested in Forsche. However, the partnership turned sour and Roy exited the business in 2009.

Today, at 57, she is the CEO of India’s first all-female last-mile delivery startup, Hey DeeDee. The company rallies women from low-income families and trains them to drive two-wheelers, with the aim that they will undertake last-mile delivery for companies such as Amazon, Subway and Pizza Hut, current clients of Hey DeeDee. 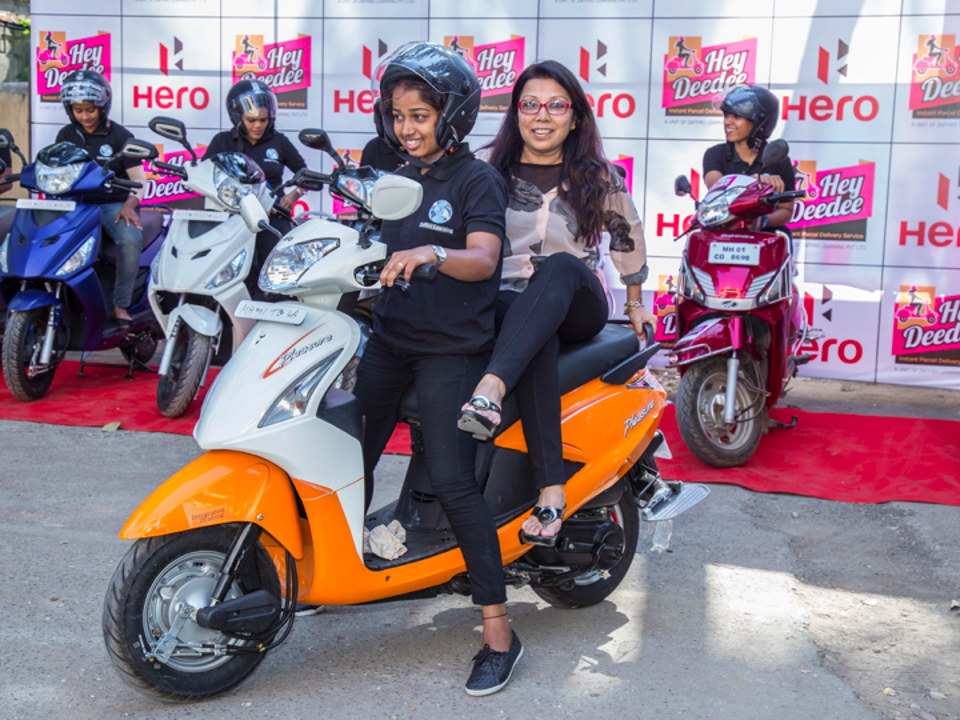 Revathi Roy and an employee of HeyDeeDee pose for a photo

One key difference from Forsche though, is that HeyDeeDee doesn’t own a single vehicle. Instead, Roy has partnered with financial organizations to offer the women loans at a reasonable rate, enabling them to purchase their own two-wheeler. Today, they operate in Mumbai, Pune, Nagpur and Bangalore. Roy with two of her HeyDeeDee drivers

HeyDeeDee currently has 2,800 women on the payroll, but getting to that number hasn’t been easy in an intrinsically patriarchal society. “Just yesterday I received a phone call from the husband of one of the women, telling me that she will no longer come to work as she needs to take care of the children and cook,” said Roy.

“The mentality that some of these men have is absurd,” she said in frustration. But it hasn’t stopped Roy’s plans yet, which only look to get bigger for the future: Of Hey DeeDee, she said, “I see Amazon acquiring us.”

This isn’t just wishful thinking. Online retail in India is estimated to grow over 1,200% to $200 billion by 2026, up from $15 billion in 2016, according to a recent report by Morgan Stanley. And these numbers are to only going to increase as more merchants enter the economy and have better access to credit.

“Companies are looking for more and more delivery personnel,” said Roy, especially last-mile delivery services. “We are a solution for the biggest pain points that e-commerce companies face.”