Whether it was upon learning about Amelia Earhart in elementary school, your first transformative viewing of 2001: A Space Odyssey, or the inevitable magnetic pull of a penchant for otherworldly beings like David Bowie, we’ve always had a collective fascination with what awaits us above the clouds. While this is a universal interest, men have always been at the forefront of space travel and aviation—save for Sigourney Weaver’s Ripley in the Alien franchise—despite women harboring lofty curiosities of their own.

That is, until now. Take the bestselling biography-turned-Winter blockbuster biopic Hidden Figures, for example. This film shares the story of colleagues Katherine Johnson, Dorothy Vaughan, and Mary Jackson, who worked in the segregated West Area Computers division of Langley Research Center and are responsible for the calculations that helped John Glenn become the first American astronaut to make a complete orbit around the Earth. The celebratory response to this film offers their achievements some shine that’s been a long time coming.

Actually, women have been making strides in the skies as of late too. And a lot of them happen to be African. From Lusaka to Harare, young women are proving, to any skeptical onlookers, that the sky is certainly not the limit. The following are members of the vanguard directing Africa’s line of vision upward and pushing it past the clouds.

Besa Mumba is the youngest pilot on airline, Proflight Zambia’s fleet. In fact, at 19 years-old, she’s Zambia’s youngest commercial pilot ever. In an advertisement for Proflight, she describes her decision to take up flying after high school. She mentions that she was initially content with the idea of having a cabin crew position, but her curiosities about aircrafts led her to ultimately want to “…be the one behind the controls.” Yet, the reality that women in aviation are still a rare sight to behold is not lost on the Lusaka-born pilot. Towards the end of the advertisement, Mumba says, “I am living proof that women can fly aircrafts. So if you’ve been doubting that women can fly, I’m here and I fly.” A declaration like that can only be followed by the instant desire to fly the friendly skies with a one, Besa Mumba as captain. She hopes to be promoted to captain after a few more years as a co-pilot and it seems there’s really nothing stopping her from moving onward and upward.

Sizakele Mzimela: The First Black Woman To Own an Airline

In an interview with Runway Girl Network, Mzimela explains that her main objective in starting a new airline was to create jobs. She says, “If I was a white male, I’m sure I’d have people flooding me with money because they wanted to support me. But I’m fortunate because I have my own network, one that is interacting with people who want to connect with me.” With over 20 years of experience in the industry, and even more years under her belt as a woman, Mzimela is well aware that a Black woman’s journey is not without bumps in the road. And sometimes, it means paving a road of one’s own altogether. To aspiring women aviators, she advises, “Just understand that we just have to work harder…be mentally prepared that climbing that mountain will be different, but I’m prepared to climb to the top.” Mzimela continues to reach new heights and inspires other women to do the same every day.

Update: Blue Crane Airlines is unfortunately undergoing bankruptcy proceedings, but this is only a minor setback in Sizakele Mzimela’s overall aerial legacy.

Last year, Air Zimbabwe made an unprecedented trip when a flight crew solely powered by women flew from Harare to Victoria Falls. You might remember the trending hashtag #PaintingTheSkyPink, which was started by Captains Chipo M. Matimba and Elizabeth Simbi Petros who expressed their excitement over the accomplishment on social media: “History has been made! First all female flight deck crew on the Air Zimbabwe Boeing 737! Two CAPTAINS!! Absolute pleasure Captain Elizabeth Simbi Petros! #FLYBABES. #PaintingTheSkyPink!”

This was an exhilarating step in the right direction for Zimbabwe, but it also serves as a reminder that although they are few, there are women making groundbreaking achievements for the world of aviation everyday. Condé Nast Traveler states that “women only make up about five percent of the Air Line Pilots Association, an organization for registered pilots in the United States and Canada.” But the way things are going, that number will surely grow in the coming years.

Just days after Air Zimbabwe celebrated its first all-female flight deck, Ethiopian Airlines made headlines for doing the very same when it sent its first women-powered air crew on flights between Addis Ababa and Bangkok. In response to this historical moment for Ethiopian Airlines, Tewolde GebreMariam, the group CEO said, “Women are the continent’s greatest untapped resources” and referred to this event as something young African girls could aspire to as well as begin to recognize that a career in aviation is more than possible for women.

The staff of Ethiopian Airlines is made up of roughly 30% women, according to their site and the airline proudly promotes “women empowerment for a sustainable growth.” It seems like a no-brainer that women should be uplifted in this way all the time, but such is not the case so it’s crucial that other airlines and companies in general take note of Ethiopian Airlines’ aim to support and reinforce the power of women. 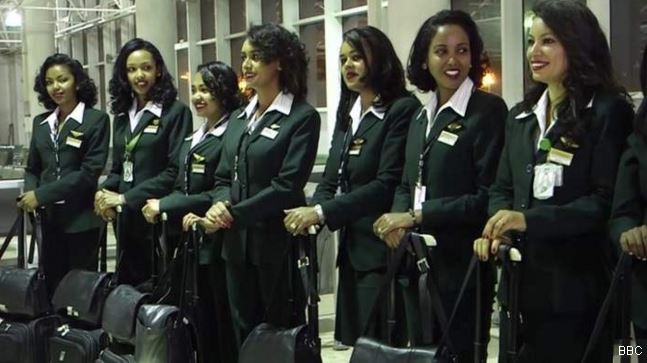 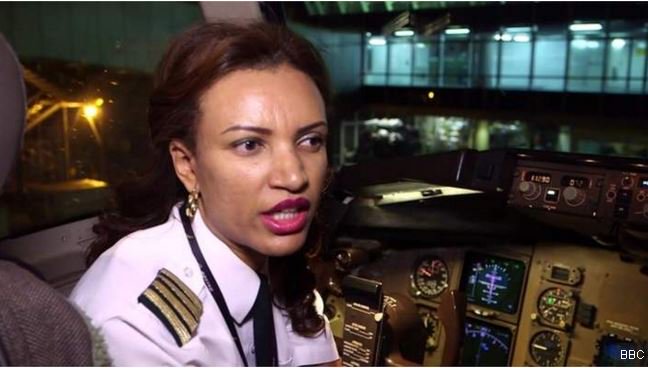 It was recently announced that a group of African girls are designing Africa’s first private satellite. As highlighted in Teen Vogue, the Cape Town students (including 17-year-old Brittany Bull and 16-year-old Sesam Mngqengqiswa) will be launching the satellite May 2017 and it will orbit Africa’s surface in the hopes of gathering useful agricultural data. With the help of the satellite, they “can try to determine and predict problems Africa will be facing in the future.” Space travel is uncharted territory for the continent of Africa and for young women to be leading the way is at once thrilling and unsurprising. Women have always been capable of achieving greatness in all fields, they just haven’t always had the opportunity.

This satellite launch in South Africa is a result of Cape Peninsula University of Technology attempting to encourage more African women to go into STEM (Science Technology Engineering and Mathematics), particularly in the field of Astronomy. At the moment, only 14% of women—globally—work in STEM fields so this team of young women is impressive for any continent. 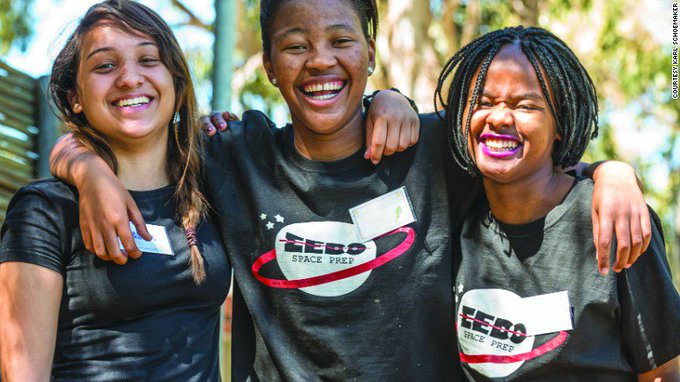 Our #WCW are Brittany Bull, Ayesha Saile and Sesam Mngqengqiswa who have grand ambition to launch Africa’s first private satellite next year