There are stories where the rags to riches seem fitting. As if this was plucked off one of the Hollywood scripts, the life of J.K. Rowling is at times unbelievable and at best truly motivating. I have read J.K Rowling’s biography over and over and each time I come out stronger having picked yet another lesson. This is a woman who was at the brink of giving up, one who experienced life sorrows from a collapsed marriage, loss of her mother, rejected by tens of publishers and lived on state benefits at some point. 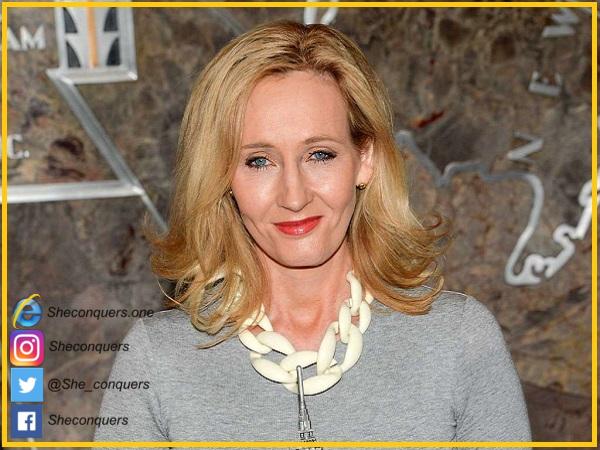 Joanne “Jo” Rowling was born and raised in a small English town of Yate, Gloucestershire in England. She had a normal up bringing but a tough adult life devoid of a career path or notable success. She graduated from Wyedean School in 1983 and entered the University of Exeter located in Exeter, South West England to study French. On completion she started her work life.

Whilst on a train, JK had a vision for the whole story of Harry Potter and  wizard school, the idea about a boy who did not know he was a wizard until he was invited to the wizard school.

As JK set on writing her manuscript, she lost her pillar. The death of J.K’s mother sent her into depression. As if she was trying to escape her depression, JK left the UK to start a new life in Portugal where she taught English as a foreign language. After spending nearly 2 years in Portugal, she met Jorge Arantes and got married. Importantly throughout her stay in Portugal, JK, never stopped writing, she wrote the first three chapters of Harry Potter and the Philosopher’s Stone.

Unfortunately her marriage broke down after the birth of her child. She was driven out of their home and had to go back to England. No matter where she was or where she went, unfortunate circumstances  continued to follow her.

Despite her attempts to evade her circumstances, she hit rock bottom by the end of 1993. JK identified herself as a failure, what with a collapsed short marriage, jobless and being homeless in her home country. As more problems mounted she understandably contemplated suicide.

However,with determination and will, her depression made her to invent characters known as Dementors, dark creatures, feeding upon human happiness, introduced in Harry Potter and the Prisoner of Azkaban, the third novel in the Harry Potter series.

With no job or income JK had to live on state benefits causing her to be very ashamed of her distressful situation. What makes her situation unique is how she never settled but turned around challenges into opportunities. In UK, once on benefits some people will never bother changing their life as they end up relying on state resources. You will notice how this was never part of JK’s plan. Instead of spending time at home and feeling miserable she opted to make a trip each day to the cafe. This was to be her sanctuary where she found space and energy to continue writing.

After completing her manuscripts, JK thought her life was to change for the better.she had endured depression, and other related social challenges. Her moment was now here, but alas she was very wrong

When it rains it pours

After sending her manuscripts to literary agents she never got the expected call but a litany of rejection letters. Most of them cited how difficult the book would have been for children and that kids wouldn’t be interested. Anyone in her position would feel dejected, discouraged and find no solution. A nudge from her sister made JK to persist and never give up.

After sending some chapters to Christopher Little, the famous literary agent, he too wasn’t interested. However as if her fortunes were about to turn, Little’s assistant fetched the script from the archives and put it back on Chris’ desk.

In the end Chris agreed to represent JK and they  sent the script to 12 publishing Houses. She got back a dozen rejections adding to an already existing pile. Fortunately she didn’t consult any naysers because at this point she was beginning to despair.

Turn of a tide

It is true, you go through dark moments before you get a break. JK got a break in 1996 when the book was ‘published’ by Bloomsbury.She was ecstatic even though the first deal was for a few copies and she was to get just $1500. As this wouldn’t be enough to support herself and daughter, she was advised by Cunningham, the Editor at Bloomsbury to get a job.

May l remind you at this point that all publishers cited lack of perceived reader interest. Boy were they wrong. Its difficult to use words that can sum up the scramble for Harry Porter. The response and demand for the book was overwhelming. Five months later, the book won its first award, a Nestlé Smarties Book Prize. In February, the novel, beyond comparison, won the British Book Award for Children’s Book of the Year. Soon, the novel took the Children’s Book Award. In early 1998, Scholastic Inc. during the auction that was held in the United States won the rights to publish the novel won for $105,000. According to Rowling’s word, she “nearly died” when she heard the news.

From dreams to  the big screen

When a book is rich in magic, wizards, and fairy entourage it deserves to be on a big screen.  In October 1998, Warner Bros. purchased the film rights to the first two novels for $1.5 million. Today she is worth a billion dollars.

J.K. Rowling had to experience many difficulties on her way to the cherished dream, but the ability to bring it started to end led the writer to the highest peak of the literary society.

3 Comments on J.K A life on state benefits to that of a billionaire benefiting the state