I write about AI, data, deep tech & self-management in the digital age 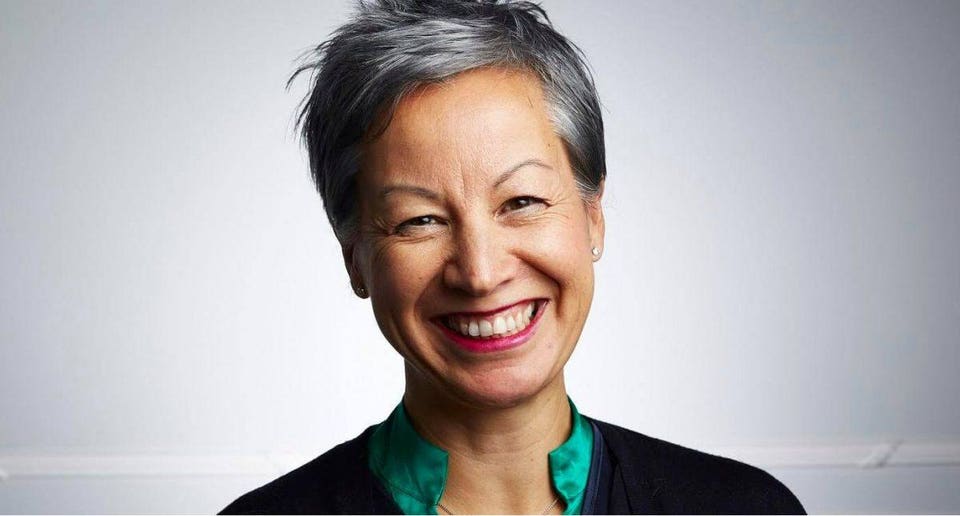 Jacqueline de Rojas CBE, President of TechUK and adviser to the UK government, spoke with me about the impact of automation on women and responded to the IPPR report from Part One

A recent report from the Institute for Public Policy Research (IPPR) found that women are twice as vulnerable to automation as men, on the premise that the jobs at risk of automation are overrepresented by women. In the first part of this series, I looked at the false assumptions of the report which argued that service roles (with a higher proportion of women) were at a high risk of automation, when in fact those most at risk of being completely automated are those roles with a higher proportion of men (such as farm workers, packers and shelf fillers).

As automation becomes a much bigger focus for many companies, and coincidentally more women are moving into leadership roles (whether independently or by board vote) the report also noted that it is pertinent to look at how to empower women and black and minority ethnic groups (BAMEs) so that there are equal opportunities in a new job market based on human skills.

In this article, I speak with Jacqueline de Rojas CBE, the President of techUKand chair of Digital Leaders, about the wider implications of this report, and the factors that will dictate how an automated future can include more representation for women and BAMEs for the benefit of everyone.

Responding to the report, de Rojas offered a nuanced view into the state of gender parity, BAME representation and automation in the workplace, and tackled the wide variety of factors that were not included in the scope of the IPPR report.

A prominent technology leader for the past 30 years, de Rojas notes: “When I first started in the tech sector, I was told they ‘simply don’t put women on the leadership team.’” In 2018 de Rojas was awarded a CBE for Services to International Trade in Technology, and continues to be a passionate advocate for diversity and inclusion in her role serving on the U.K. Government’s Digital Economy Council.

In our conversation, de Rojas opened by pointing out that change as significant as automation is never as binary as we might choose to believe. “Technology is likely to reduce the demand for sales, retail, and administrative jobs—jobs that employ a lot of women. However, the occupations that are most female-dominated—childcare, nursing, and teaching—are among the least likely to be performed by machines.”

This dichotomy—that automation may adversely affect women in more general areas, but may help women thrive in female-dominated roles—is an interesting interaction between the potential of automation and the differences between male- and female-dominated work.

“I am excited about the opportunity for us all to work more productively in a more automated world,” says de Rojas, citing a McKinsey study to illustrate the benefits that partial automation could bring particularly to roles dominated by women: “health workers could spend less time doing clerical work and physical work, but more time interacting with patients and using their emotional intelligence.”

De Rojas makes clear that this sentiment applies to all—“I want to ensure that in our haste for digital by default, we also build a world that works for everybody”—and argues that “work may become more interesting and stimulating” with the introduction of robots to handle administrative, clerical and data-heavy tasks. In general, de Rojas’ stance on the future impact of automation is that we should not be so binary or pessimistic in our projections: “Human interaction will never go out of style no matter how advanced the tech. For me, it is not Digital OR Human it is a Digital AND Human future [sic].”

Gender parity, regardless of automation’s effects, has by no means been achieved and “can only be described as a sorry state of affairs when women make up half the workforce” says de Rojas.

A report from the World Economic Forum (WEF) found that throughout 2016 gender equality actually worsened, and economic gender equality will not be achieved for another 170 years. This inequality may not be helped by automation, and de Rojas points out that, despite the Fortune 500 now having the highest amount of female CEOs (34, including Julie Sweet the CEO of Accenture), this is a severely limited cause for celebration: “Consider this: in 1995, there were zero women Fortune 500 CEOs, and in 2019 there are 34. Is it progress to take 24 years to recruit 34 female leaders? And only one of these leaders is black. #TryMuchHarder #DiversityMatters.”

While it is “important to see that things are changing, albeit at a glacially slow pace,” de Rojas is vehement that the benefits of diverse and inclusive workplaces must be championed in future to ensure that inequality does not continue in an automated future.

“I truly believe the importance of representation cannot be underestimated, which is why we need to celebrate the number of women on the Fortune 500 list, while also seeing that businesses need to go further and embed gender equality into their business strategy.”

Not only does gender parity bring social and civil benefits, but the economic benefits are staggering—which is logical considering that to date we have been utilizing less than half the available talent pool. Instead of worrying about potential job losses as a result of automation, we should be more concerned with how we need to change the current system to ensure equal representation, and in turn more economic and social benefits for everyone.

Espousing her life’s commitment to promoting inclusivity in the workplace, de Rojas makes patently clear that “diverse teams create better outcomes, so it is financially beneficial to businesses to recruit diverse teams.”

In this respect, digitization and automation may be a double-edged sword for those disadvantaged by the current system. “Digitization has helped propel the great work of women to enable them to seek leadership positions. It also has the ability to exclude the most disadvantaged,” says de Rojas, asserting that “women must be at the forefront of the digital revolution.”

Therefore, we must also consider that we are not digitizing our world from a position of parity, and the majority of digital development so far has been incredibly exclusive: “What eclipses these issues [of social and economic inclusivity] is the question of ‘who is writing our digital future?’”

The IPPR report discussed in part one is indicative of a wider attitude towards automation: that robots are coming for your job, and they will only make inequality worse. It is, of course, wise to be wary of the negative impacts of automation technologies, and more particularly the motives of those who are driving the change, but not at the expense of the positive effects that automation could bring, such as: higher job satisfaction due to reduced manual and clerical labor and an increased emphasis on human skills; a greater influence of emotional intelligence and diverse thinking in leadership positions; and the potential for women and minorities to achieve fair representation in new roles opened up by automation.

For these positive effects to materialize properly though, de Rojas argues that we must shed our perceptions that the world is black and white, and that men and women are inherently suited for different roles. “Surely the narrative has to change and we ought to think along the lines of not just the gender divide but also consider diversity in all of its forms,” says de Rojas.

Most importantly though, we must not be complacent and wait for those companies driving automation to change the world for the better: “We had better make sure that the leaders and the teams behind the building and design of those algorithms are diverse. If not, we will not be creating a world that works for everybody.”

I have been working in the M2M, IoT, and data space since founding Pod Group (a provider of IoT connectivity & billing software) in 1999, and have become greatly int…