Mary, a refugee, and the World Vision Savings Group, who have given her a loan to increase her business of food production and market sales

WOMEN in some of the world’s largest refugee camps are being offered loans to set up small businesses to help them to earn money to provide for their families once again.

The new microfinance initiative is being run by VisionFund International, a subsidiary of the Christian charity World Vision.

It is one of the first microfinance organisations to serve the world’s growing refugee population. Its first branch has opened in Palorinya refugee settlement, a remote part of Uganda that is home to more than 121,000 refugees and more than 48,000 Ugandan nationals. Another three branches are planned: the next in Yumbe, which is home to one of the largest refugee settlements in the world, with 230,000 people.

Most of those being taught financial literacy and given small loans are women who are trying to find ways to support their families after fleeing their homes in South Sudan because of violence. Many are alone, having lost their husband in the conflict.

Mary is one refugee who has been awarded a loan to increase her business; she makes nut paste and pancakes and grows peas. 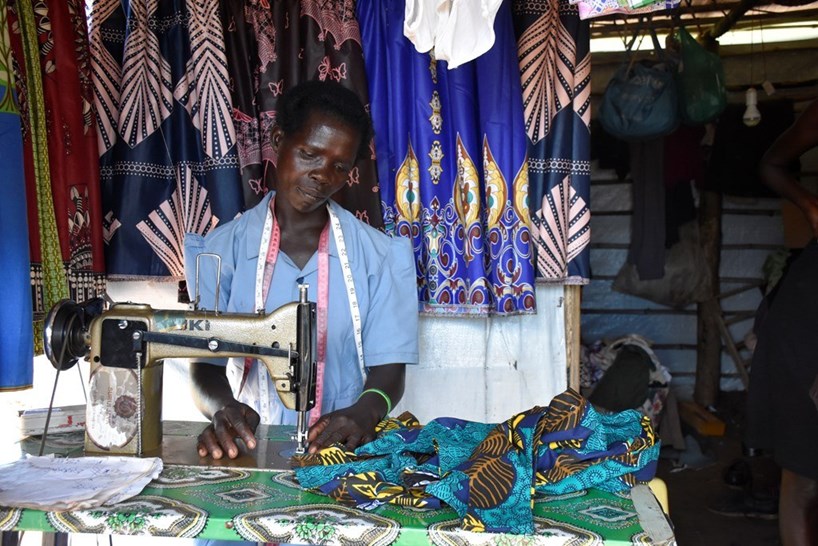 She fled to Uganda from South Sudan, alongside 1.3 million others. After being separated from her husband in the chaos of escaping the soldiers, Mary walked for three days with her eight children, carrying only a piece of cassava to feed them. In her village in South Sudan, she had run a tea shop and been a midwife, but, when she arrived in Uganda, she had to start all over again.

She started making pancakes and selling them in the market, and joined one of the savings groups supported financially by VisionFund Uganda. With a loan from the group, she branched out and is now learning to sew, and hopes, in time, to have her own tailoring shop.

“It’s important that we acknowledge that refugees are capable people with skills, and our role is to help them financially be in a position where they can monetise those skills to create better livelihoods.”

VisionFund has, so far, issued loans amounting to more than $80,000 (£62,000) to savings groups, including 67 saving groups made up of refugees. The refugee savings groups have more than 1500 members, four-fifths of whom are women, and the loans provided to them have helped more than 6000 child refugees, the charity estimates