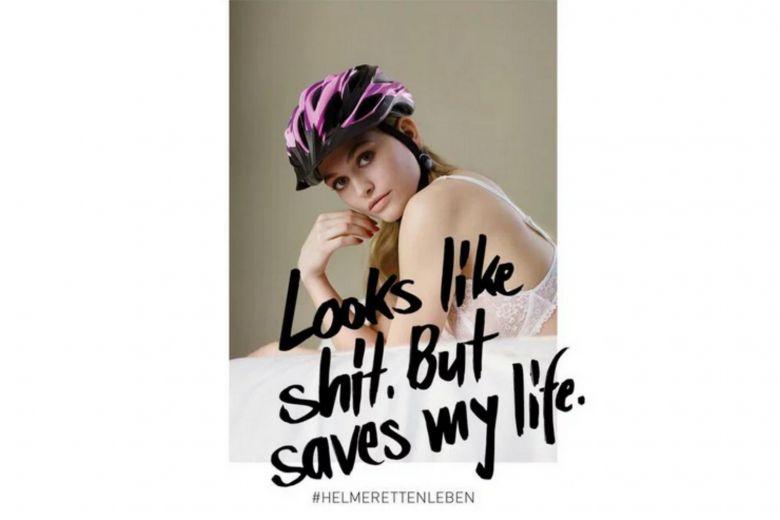 An advert promoting the use of cycle helmets in Germany has sparked a sexism row since it features a woman dressed in her underwear.

The advert, from the country’s transport ministry, carries the strapline “Looks like shit. But saves my life.”

It shows a woman – according to AFP,(link is external) a contestant in the reality TV show Germany’s Next Top Model – wearing a cycle helmet and a bra.

The advertising campaign is due to be launched on Tuesday, but the women’s wing of the SPD political party – a partner in the country’s ruling coalition – have urged transport minister Andreas Scheuer to pull it.

The women’s wing’s chairwoman, Maria Noichl, said: “It is embarrassing, stupid and sexist for the transport minister to be selling his policies using naked skin.”

She posted a photo of herself with her bike and a helmet on Facebook with a caption that read: “Dear Andreas Scheuer: fully dressed also goes well with a helmet!”

However, a spokesman for the transport ministry commented: “A successful road safety campaign should jolt people and can be polarising.”