Melinda Gates is getting personal.

In her new book, “The Moment of Lift: How Empowering Women Changes the World” (Flatiron Books, out Tuesday), the co-chair of the Bill & Melinda Gates Foundation is sharing what she’s learned working in poverty-stricken communities around the world.

Lifting up those communities, she writes, means first lifting up women.

Along with relaying stories of inspiring women she’s met in areas including Africa, India and the Philippines, Gates shares her own feminist evolution, including how her roles as wife and mother evolved at home. The daughter of an engineer and stay-at-home mom, Gates earned a bachelor’s degrees in computer programming and economics, and a master’s in business in five years at Duke before joining Microsoft in 1987.

Gates married Bill on New Year’s Day in 1994 and decided to step away from Microsoft when she had her first child, a move that she writes stunned her husband. In “The Moment of Lift,” she opens up about redefining the power structure in her marriage, how their foundation works to equalize hierarchies between men and woman around the world and how crucial access to birth control is empowering women.

Question: “The Moment of Lift” is surprisingly personal. Did you struggle with the decision to share stories from inside your marriage?

Melinda Gates: I am a very private person, as I write about in the book, so I definitely felt like I was pushing myself outside of my comfort zone. But I thought that was important, because when you are vulnerable you start to create real connections. So I thought I need to share more of who I am in this book so people understand how I came to this journey through women’s empowerment (and) why I now feel so strongly the way I do. 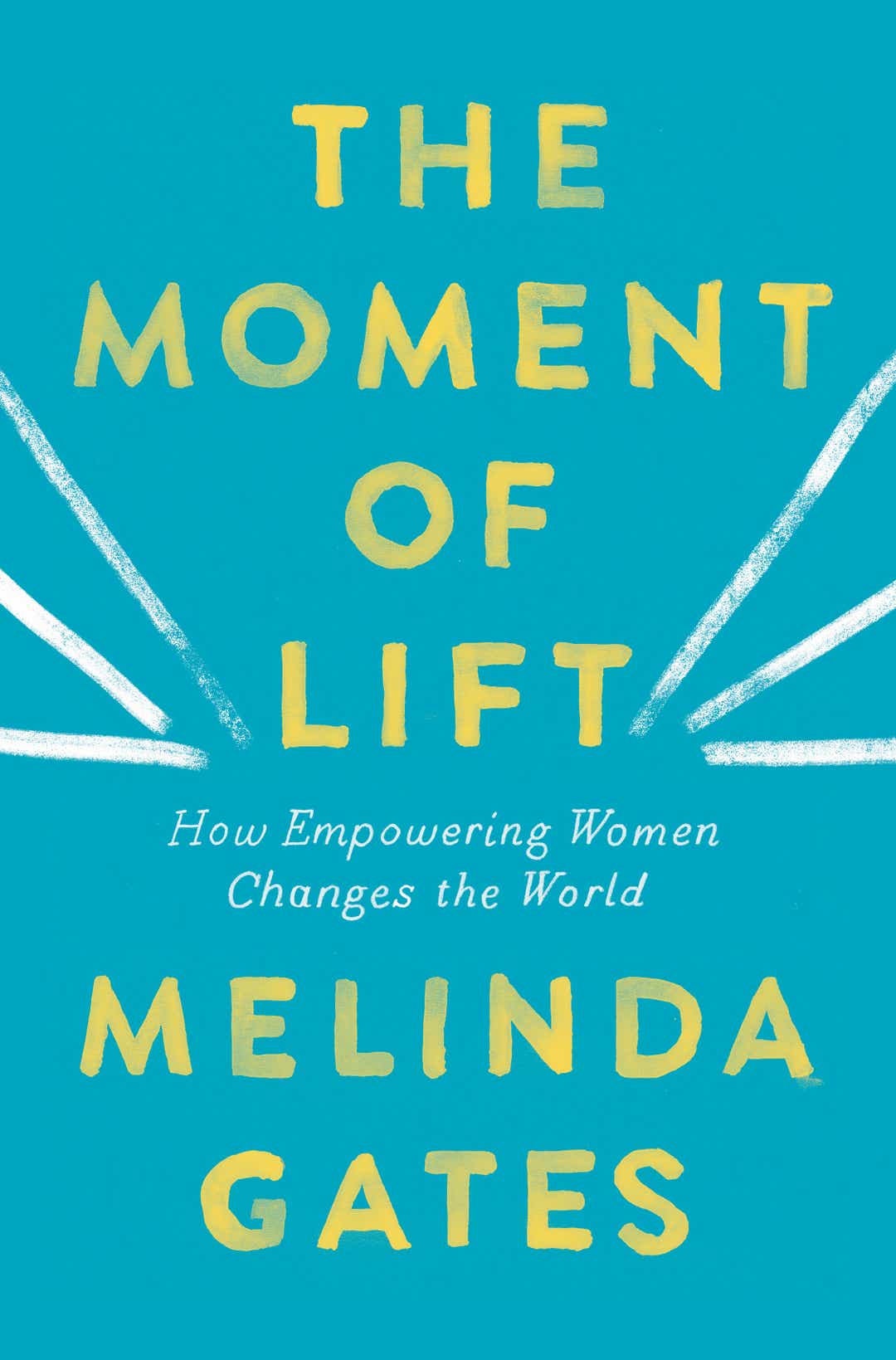 A peek at the book cover for Melinda Gates’ new book, “The Moment of Lift.”
Flatiron Books

Q: That includes a chapter in which you share your own story of being in an abusive relationship before Bill.

Gates: I certainly have never have spoken about my abuse publicly before. And while it’s one page in the book, that felt unbelievably vulnerable to share. But I thought that was important to share because so many women have been through some form of harassment. And I wanted people to understand that that is very hard to speak about but we all have to speak our truths.

Q: I chuckled reading the story about when Bill started driving one of your daughters to kindergarten, inspiring other wives to ask their husbands to pitch in on morning drop-offs. “If Bill Gates has the time…”

Gates: I tried to share very specific examples like that one, or us all doing the dishes after dinner at night, which is a great thing. But we didn’t quite have it right at first and I ended up frustrated. What parent has not ended up frustrated about their level of household duties or tasks? So often we assume – both the women and the men in the marriage – that stuff falls to the mom. I was trying to show how I had to look at these issues and I had to name my truth to my husband for us to be able to change…I think people have a certain view of Bill, because he was a high-charging CEO running Microsoft. I think people must think, ‘Oh well, Melinda must not really have equality with Bill.’ Actually, I have total equality with Bill. But it took awhile for us to get there. 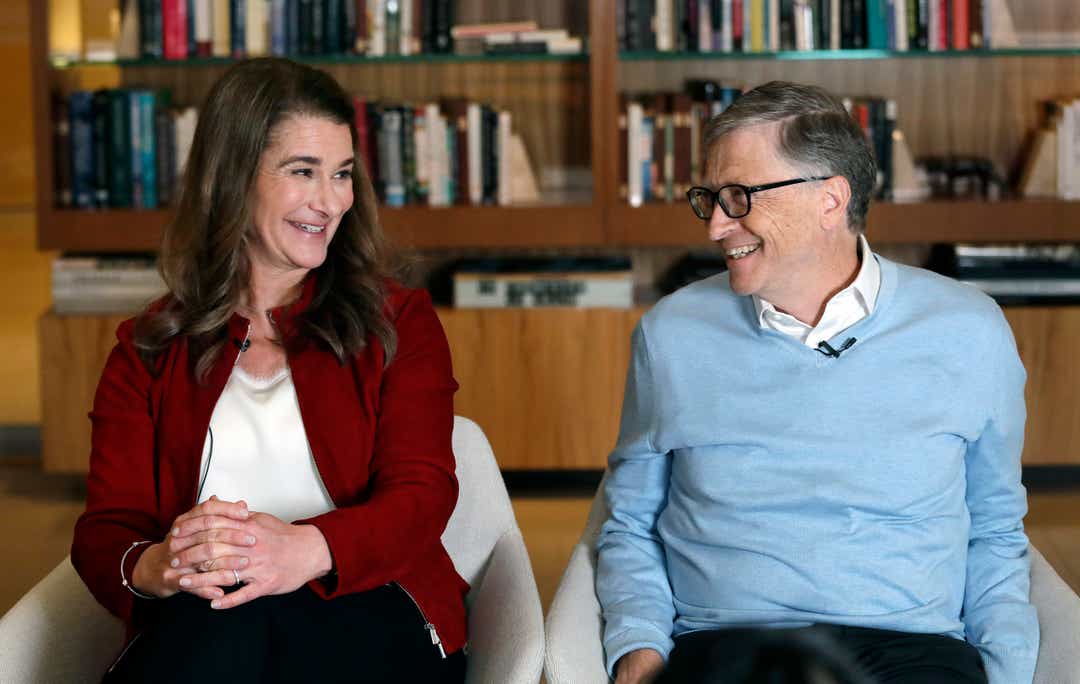 Bill and Melinda Gates look toward each other and smile while being interviewed in January.
Elaine Thompson, AP

Q: You also connect the dots on how sharing the workload at home fosters health between partners.

Gates: And you build intimacy in a family. A dad participating more when the child is young, he actually enjoys it. Where the woman may have done all of that work and feel overburdened, if a man participates early – and this is why I’m so big on paid family medical leave, not paid maternity leave – we know from good research, he participates much more over the life of the child. And men who participate early also talk about their satisfaction and fulfillment of being a great dad.

Q: How have you handled criticism from the Catholic church over your push for international access to birth control?

Gates: It was difficult for me to decide I would step into that role, as I write in the book, but I felt very strongly about doing it because of my travels and because of the women I met who said, ‘Are you kidding me? I used to have these contraceptives, why are they not in the village clinic anymore?’ It’s the greatest anti-poverty tool we have and yet we’re not delivering it to women.

I knew I was going to be criticized, but at the end of the day I had to say to myself, ‘What do I believe?’ I use the tools (birth control), I am going to counsel my children when they’re old enough to use the tools. So if I am a fully integrated human being and I believe in faith in action and I am using these tools in my life, why am I afraid to speak about them?

I had a feeling the Catholic church would come out and say something against me…But I was prepared for it because I knew what I truly believed. Over time I’ve gotten more comfortable speaking about what I know to be true.