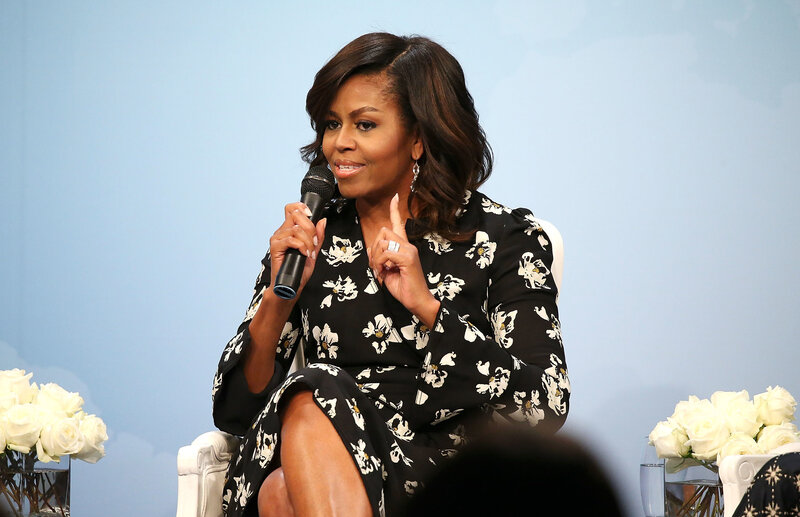 The publisher, Penguin Random House, said in a statement that the book is “an unusually intimate reckoning from a woman of soul and substance who has steadily defied expectations — and whose story inspires us to do the same.”
Upon its release, Obama will embark on an international tour to promote the book, which will be printed in 24 languages and sell for $32.50 in the United States, the company said.
According to the statement, Obama’s book “invites readers into her world, chronicling the experiences that have shaped her — from her childhood on the South Side of Chicago to her years as an executive balancing the demands of motherhood and work, to her time spent at the world’s most famous addresses.”
In a Sunday tweet, Obama said writing the book was a “deeply personal experience.” The publisher said the book promises to be “warm, wise and revelatory.”

Writing BECOMING has been a deeply personal experience. I talk about my roots and how a girl from the South Side found her voice. I hope my journey inspires readers to find the courage to become whoever they aspire to be. I can’t wait to share my story. http://bit.ly/becomingmichelleobama …

Twitter Ads info and privacy
At the time of its release, Obama plans to donate one million copies of the book in the Obama family’s name to a Washington-based nonprofit that is dedicated to “promoting equal access to education by providing new books, learning materials and other essentials to children in need in the U.S. and Canada.”
The memoir will be the former first lady’s second book. In 2012, she published “American Grown,” a book that documents the White House kitchen garden and promotes healthy living. Former President Barack Obama also is penning a memoir to be published by Penguin Random House, which is expected to come out sometime this year.