A Pakistani woman has publicly accused her husband of beating her and shaving her head for refusing to dance for him and his friends, in a case that has raised new concerns about women’s safety in the country.

Asma Aziz, from Lahore, made headlines when she published a shocking video on social media showing her shaven head and bruised face.

Her husband, Mian Faisal, and a servant are both in police custody. Mr Faisal has denied torture.

However, the case has prompted calls for more to be done to protect women from domestic violence.

In a tweet, Amnesty International said “systemic change” was necessary. 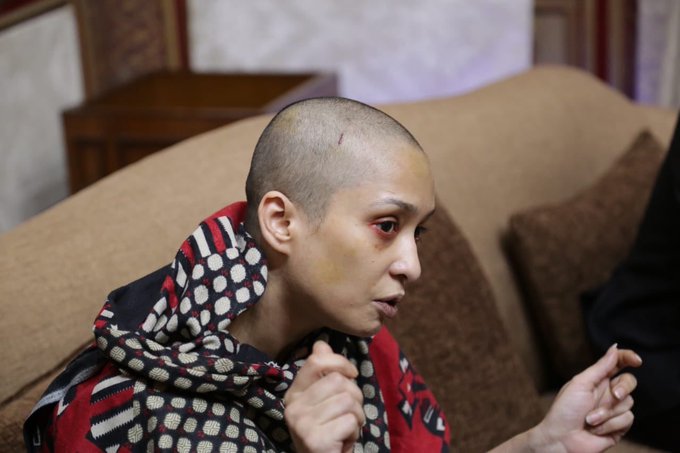 While we are glad that strong and swift action has been taken against the torturers of Asma Aziz, we note with dismay the alarming rise in reported cases of violence against women. Systemic change to protect women is necessary. Action can’t only be taken on a case-by-case basis.

In her video posted on 26 March, an emotional Ms Aziz alleged that two days earlier she was tortured after refusing to dance in front of her husband’s friends who were at their house in Lahore’s upmarket Defence Housing Authority (DHA) district.

“He took my clothes off in front of his servants. The servants held me as he shaved my hair off and burned it. My clothes were bloody. I was bound by a pipe and hung from the fan. He threatened to hang me naked,” she said.

She said she went to the police to file a complaint but they procrastinated – the police deny the allegation, saying that immediately after Ms Aziz’s visit to the police station a team was dispatched to her residence but it was found locked and the DHA management prevented them from entering the premises.

Police acted only after the video came to the notice of Deputy Minister for Interior, Sheheryar Afridi, who ordered officers to register a complaint. 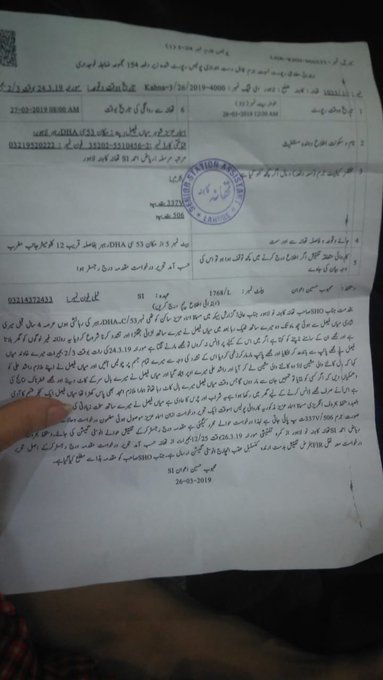 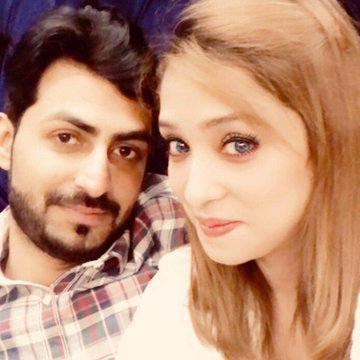 Took notice and chkd – my office was informed by SHO PS Kahna Lahore: Police has registered FIR and arrested both accused & booked under sections 337-v and 506. Medical report of the woman is awaited. One of the arrested is Faisal her husband

Mr Faisal and the servant, Rashid Ali, were arrested the following day. A preliminary medical report found multiple bruises, swelling and redness on Ms Aziz’s arms, cheeks and around her left eye.

Ms Aziz’s lawyers later pleaded that the case be tried under the stricter anti-terrorism law instead of the usual criminal procedure.

In papers filed to the Lahore police on Wednesday, the lawyers argued that the case had caused “wider restlessness and anxiety in society”.

Mr Faisal told the police last week that his wife had started cutting her hair under the influence of drugs, and that he, having also taken drugs, only helped her finish the job.

The case caused a furore on social media, with many voicing their anger at domestic violence in Pakistan.

Pakistani actress and singer Sanam Saeed was among those who spoke out in defence of Ms Aziz.

It’s like saying if a prostitute was raped its her fault anyway. When will some of you really understand the meaning of #consent??? An old leaked video of #asmaaziz dancing, does not justify her being tortured for refusing to dance when she doesn’t feel like it. Have mercy!

375 people are talking about this
Report

Women’s rights in socially conservative Pakistan has been a contentious topic of debate for years.

The UN’s Gender Inequality Index in 2016 puts Pakistan 147th in a list of 188 countries based on its poor record on women’s health, education, political empowerment and economic status.

Violence against women and girls remains a serious issue. Activists say official statistics do not reveal the extent of the problem – many cases go unreported.

Women’s Day marches last month brought complaints from some conservative groups. Some of the protest organisers said they received death and rape threats on social media.