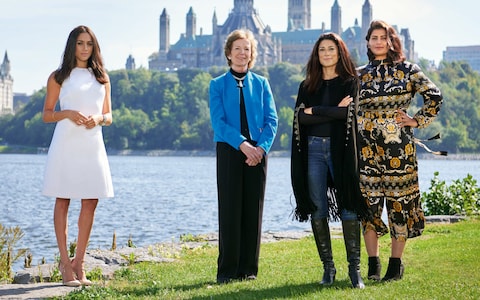 The activists, who have not been named for fear of reprisal, were arrested by Saudi authorities in May in a crackdown ahead of the kingdom’s lifting of the decades-long women’s driving ban.

Prisoners in the kingdom’s Dhahban Prison have allegedly been interrogated by masked jailers, with one made to hang for long periods of time from the ceiling, sources told Human Rights Watch.

Several showed physical signs of torture, including difficulty walking, uncontrolled shaking of the hands, and red marks and scratches on their faces and necks.

At least one of the women attempted to commit suicide multiple times, according to testimonies.

The charity said it was unclear whether they were seeking to force the women to sign confessions or merely to punish them for their peaceful advocacy.

The women have had little access to lawyers and are yet to be officially charged, however they have been accused of undermining security and aiding enemies of the state.

Saudi authorities responded to the report by saying Riyadh “does not condone, promote, or allow the use of torture”.

While the ill-treatment of men in Saudi detention, including the prominent businessmen and princes who were held for months at the Ritz Carlton hotel in Riyadh, is common, observers say the torture of female prisoners is unprecedented.

Among the activists and campaigners still being held is Loujain al-Hathloul, a personal friend of Meghan, Duchess of Sussex, who became the face of the driving movement.

While many hailed the end of the driving ban as a sign the ultraconservative kingdom was reforming under new young Crown Prince Mohammed bin Salman, critics say his muzzling of opposition voices is worrying.

They say the crackdown was aimed at discouraging others from using social activism to bring about change in Saudi.

“Any government that tortures women for demanding basic rights should face withering international criticism, not unblinking US and UK support.”

The torture allegations come with Riyadh facing an international outcry over the killing last month of journalist Jamal Khashoggi in the Saudi consulate in Istanbul.

President Donald Trump yesterday declared he will not further punish Saudi Arabia for the murder of the Washington Post columnist – making clear in an exclamation-filled statement that the benefits of good relations with the kingdom outweigh the possibility its crown prince ordered the killing.

The US needs a “counterbalance” to Iran, “and Israel needs help, too,” he said. “If we abandon Saudi Arabia, it would be a terrible mistake.”