Like everywhere else, there’s a gender gap when it comes to prime time TV. Women are less likely than men to be seen at work and actually working, according to Boxed In 2015–16: Women On Screen and Behind the Scenes in Television. Women are more likely to be characterized as looking for love, while men are more likely to be work-oriented. Male characters were nearly twice as likely as female characters to be portrayed as leaders. 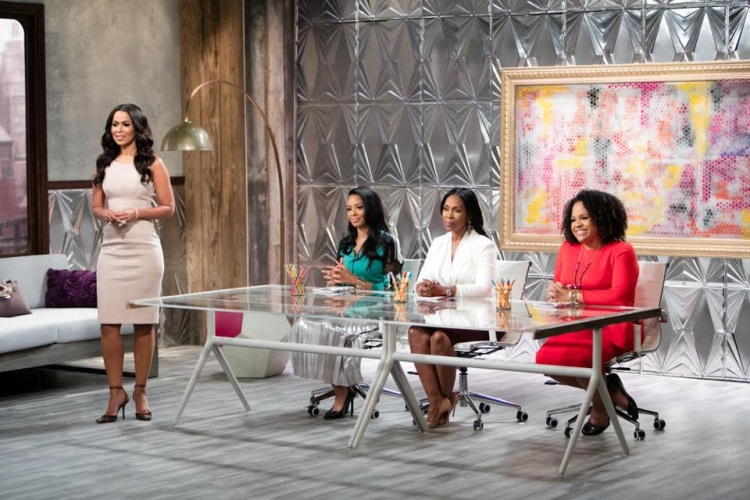 As the adage says, “you can’t be what you can’t see.” So you can imagine my delight when I heard that the SWSI (Smart Women. Smart Ideas.) highly successful ‘Queen Bee’ webisode series was licensed by Black Entertainment Television Network (BET) and turned into a TV series called ‘Queen Boss.’ It premieres Saturday, January 14, at 10pm ET (9pm CT) on both BET and Centric (BET’s women-focused network). “Black women are and have always been pioneers and titans of industry — from Madame CJ Walker to Lisa Price of Carole’s Daughter (one of the guest judges on ‘Queen Boss’). We are proud to help nurture the next wave of women taking over!” said Zola Mashariki, Executive Vice President, Head of Original Programming, BET Networks.

We all know how hard the economy was hit by the recession. Parts of the country have still not fully recovered. “African-American women are not sitting around waiting for opportunities to fall in their lap,” said Mashariki. “Whether it’s an online blog or a cupcake baking business or a multinational importing company, we aspire for more than just climbing the corporate ladder. Black women are choosing to bet on themselves and see their dreams through so they can grow real wealth.”

Queen Boss’ is similar to and different from ‘Shark Tank, noted Marci Weisler, cofounder of SWSI, which develops original programming about female founders. You get to see founders present and get critiqued by successful entrepreneurs. However, in this case, 18 women compete to advance to the semi-finals then the final. Only one woman gets crowned ‘Queen Boss’ and wins $25,000. The show is hosted by TV personality and business woman Tracey Edmonds. Celebrity business-owner judges include Angela Benton, Kandi Burruss, Lauren Lake, Carla Hall, Rakia Reynolds, Vanessa Simmons, Mikki Taylor and Robin Wilson.

Startups and small businesses can’t afford advertising campaigns. Participants recognized the opportunity of being on national television. The show also had other benefits. Rahama Wright, founder of Shea Yeleen, served two years in the Peace Corps in Mali where she saw the moisturizing benefits of shea butter. She wanted to share these with other women while providing a living wages for women who produce shea butter in West Africa. “Being part of a competition to elevate the role of women in business seemed like a perfect fit,” she said. “I knew I would be mentored by the judges, who are successful women [business owners].”

Nailah Ellis Brown, founder of Ellis Infinity Iced Tea, tweaked her great-grandfather’s hibiscus tea recipe, which  he developed as head chef of Marcus Garvey’s Black Star Line. He immigrated from Jamaica and entered the U.S. through Ellis Island. “I recently had to pitch Ellis Island Tea to a major distributor who can open up hundreds of high-volume stores across the country for my brand,” said Ellis Brown. “I could hear the ‘Queen Boss’ judges’ comments in my head when I was preparing for the big meeting. I think my pitch was far stronger because of the tips and criticisms I received on ‘Queen Boss.’

Entrepreneurship is really hard. There are times you need advice and other times you need someone to cheer you on or to listen to you vent, “I discovered a shared sisterhood with some of them,” said Ellis Brown. “No one but an entrepreneur truly understands the dedication, drive and fear that comes along with the title ‘entrepreneur’.”

To these benefits, I’ll add making the cut by winning competitions will increase your visibility as a leader, your company’s visibility as a reliable up-and-coming business, and you’ll be an inspiration to other women as they enter the entrepreneurial arena..

Take a chance. Apply for a competition. For a list of other competitions geared to women, check A Woman’s One Stop Resource for Starting and Financing a Business, Your Financing Options, Competitions.

Want to learn about crowdfinancing, signup for updates on training. In the meantime, read all my articles on online financing options.