​What do you think of her comments?

By KORIN MILLER :
Miss District of Columbia USA Kára McCullough became Miss USA Sunday night, making it the second year in a row that a contestant from D.C. took the title. But Kára has gotten attention for more than a few reasons—and it’s not all good.First, the cool stuff: Kára is a scientist working for the U.S. Nuclear Regulatory Commission (i.e., she’s a freaking nuclear scientist) and is proud of her work. “I love science,” she told the Associated Press. “I look at this as a great opportunity to … get to experience worldwide culture, as well as just having the opportunity to be impacted by so many children, hopefully in the math and sciences.” People are also giving her props for wearing her natural hair in the pageant.

But not everyone was stoked about Kára’s win. She took a lot of heat on social media after she called affordable health care in the U.S. a “privilege” and not a right. “As a government employee, I’m granted health care and I see firsthand that for one to have health care, you need to have jobs,” she said during the Q&A round. That didn’t go over too well on Twitter:

After Miss DC replied Healthcare is a privilege and not a right  #MissUSApic.twitter.com/W6AeQzg01Y

Gail @oneshot_wonderD.C. girl I was rooting for you but that answer on healthcare was bad

She also came under fire after she said doesn’t like the term “feminism” and instead prefers the term “equalism.” “I don’t really want to consider myself—try not to consider myself like this die-hard, you know, like, ‘Oh, I don’t really care about men.’ But one thing I’m gonna say, though, is women, we are just as equal as men when it comes to opportunity in the workplace.”

So the woman who won #MissUSA said on the show she thinks healthcare is a privilege and feminism is hating men, so there’s that.

However, she’s been vocal about gender inequality in the fields of Science, Technology, Engineering, and Mathematics (STEM), posting this to her Instagram account on International Women’s Day:

Of course, Kára still had plenty of supporters out there:

The crown has been passed from an army captain to a scientist. Now that’s what I call feminism. Congratulations D.C. #MissUSA

Deshauna Barber just graced the stage in her final walk with her natural hair. I love this and her 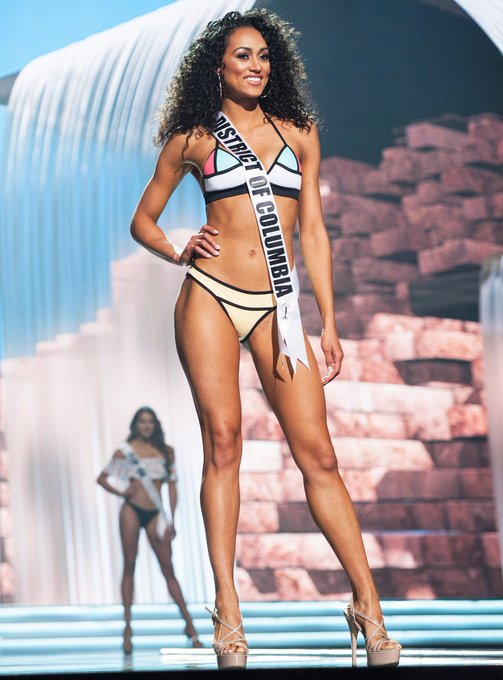 Kara McCullough is a nuclear scientist at USNRC. Black, beautiful & brilliant…just don’t call her a feminist.