There are much bigger things to worry about than being mistaken for a “Karen.”

Does anyone doubt that racism is alive and well? You have to be a hapless Pollyanna not to be profoundly saddened and disturbed by the cycle of violence endured by black men being treated like animals—or worse—by white men. The most recent instance involves the chilling death of George Floyd, who gasped for breath for almost nine minutes as a Minnesota police officer knelt on his neck.

Floyd’s violent death has unleashed an anger that’s now tearing this nation apart. But the racial incident that hits home for many in the Big Law world ended relatively peacefully—the one involving Amy Cooper, the woman who was caught on tape calling 911 to report a phony threat by “an African American man” in Central Park.

Cooper taps a nerve among the professional classes because she’s one of us, though we’d like to pretend she’s not. (Until her firing after the video came out, she was an investment manager at Franklin Templeton.)

As Ginia Bellafante writes in her excellent New York Times essay, Cooper was well-versed enough in politically correct terminology, carefully deploying the preferred term “African American” in her 911 call about the fake threat. Moreover, Cooper bore all the indicia of a typical (i.e. “liberal”) New Yorker: “a resident of the Upper West Side with a graduate degree from the University of Chicago, a rescue dog and a face mask.”

Talent On The Move

Where are established partners moving? What firms are increasing partner headcount and in which markets & practices? Track Partner moves by firm, region, and practice area with your Legal Compass subscription. Log in or get your free trial today. 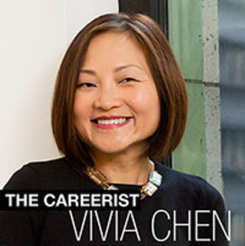 Overnight, it seems, Cooper has transformed into an icon of white female privilege—one of the so-called “Karens”—who, in this situation, sought to deploy our deep-seated fear of black males to get her way. (In Cooper’s case, she wanted to flout Central Park’s dog leash rules by playing the endangered white woman card.)

So back to Cooper and Big Law and why she is triggering complicated feelings among us.

Some women—white ones—tell me they are worried about being unfairly lumped together with Cooper and all the negative stereotypes she evokes.

“NY Mag says she could be your boss or your neighbor,” texted one of my lawyer friends. “WTF? Why are all female managers getting slammed?” She adds, “Just because I am a white woman does not mean I am a crazy lunatic.”

Another white female lawyer told me: “Now, all unmarried women like me will be seen as unhinged,” citing Cooper’s status as an urban, single professional woman approaching 40. (One of her former male acquaintance accused her of stalking after he rejected her romantically.) “That’s all we need—Fatal Attraction 2.0,” adds this lawyer.

I’m not sure how to react to these concerns. Obviously, it would be ridiculous to vilify white women because of the Central Park incident. That said, let’s be honest that people of color have met some variation of Cooper along the way.

While few of us can point to situations of such blatant racist behavior in the workplace, most of us have had doubts about how “woke” our white colleagues purport to be. How often, for instance, do we hear that minorities get admitted to selective schools or get coveted jobs because of their diverse status? And how often do we hear awkward jokes with racial overtones. The slights are often fleeting and minor. Sometimes they’re not. In any case, they stick.

And who seriously doubts that white women trump women of color on the career front? Look around you—your law firm, your company—how many women of color are in positions of leadership and power? (Remember, minority women account for only 2.81% of equity partners in Big Law and 3.9% of the C-suite at major corporations.)

Look, I understand that all women have a hard time making it to the top, and that Cooper’s behavior has unleashed some unfortunate sexist stereotypes. That said, I don’t think women of color could have or would have pulled the stunt that she did. And that’s precisely why we need to talk about it.