There is nothing more satisfying than the aura exuded by a strong woman who is emancipated enough to safeguard her interest in a relationship, to claim her credit in a career or business and is fully expressive of her thoughts or opinions. A woman who knows her full worth, the one who is in full control of her mental and physical capabilities doesn’t really take notice of simpletons. She is hardly pretentious or compromising especially when it comes to virtues but always confident to speak her mind.  She exudes brilliancy that leaves us women in awe but send waves of intimidation to men that are in the habit of belittling our pride. The same is true for the society that is quick to brandish every arsenal to shoot women.

The society is used to dwelling on the status quo and is taken by surprise when the unknown emerges. This is the very reason why society  is always found wanting as in most cases it basks in false glory of who women are only to be shaken when a strong badass lady verbalises herself in positive manner. How can such a society accommodate and react to a strong woman when its beliefs and references are void of the ways to?

Ladies,we have for long been considered as the weaker sex, less capable but the time has come for us to show the world that we are made of sterner stuff. For long we have been allocated positions considered less demanding or satisfying. Even in this era, we hear women are paid less than male counterparts despite doing the same work. I hear such unfair practices are prevalent even in Hollywood and Big corporations. What exacerbates it all is the everyday societal prejudices especially in patriarchal societies. I am encouraged and proud that there are strong women out there who are now breaking these prejudices, inequalities or imbalances socially or economically. 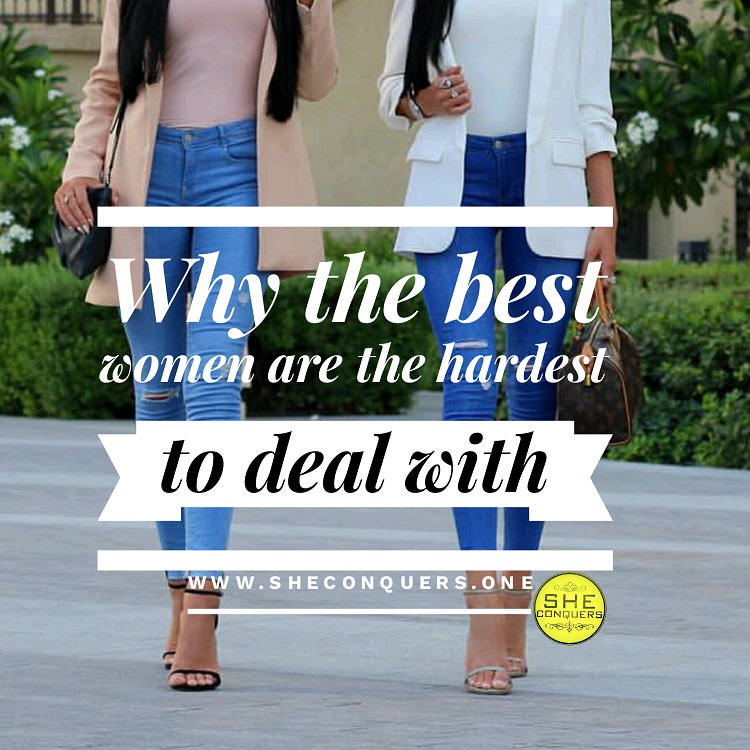 Women from across the globe are conquering every bit and element of challenges placed before them. They continue to display a level of intellect that has enabled each one of us to occupy society’s continuum of opportunities as never witnessed before. The success stories that continue to occupy headlines from Wall Street, The Forbes among others are a sign of how badass entrepreneurial women are. Let them not look further for our secret formula because we are inherently strong both physically and mentally.

However, the stories of most women’s success remain unknown and untold because our voice even in times of glory has always been suppressed and with that the power to be self-empowered. Despite the acceleration in this upward trajectory in the business world, there is yet to be full appreciation for the unique qualities and abilities we have.  But who are you to dampen our spirits and anchor us in a static position where you remain dominant? You think we aren’t aware of your subtle-put downs, and at times how your prey upon tendencies toward making us guilt? You have mastered ways of using the system to shut us out, but let it be known that we are cognisant of your treachery.

What escapes the minds of many is that there is always one girl, one woman who would break the most feared boundaries, that one girl or woman whose notions never subscribe to toxicities or false sense of loyalty.  This element of self-belief and understanding of one’s worth couldn’t be demonstrated any better by one girl, Malala Yousafzai, who today has emerged as world’s powerful activist for female education and the youngest-ever Nobel Prize laureate. Malala demonstrated to all women that once set and focused, even the most patriarchal society couldnt stop her from pursuing her dream of getting an education. Today, she is untouchable as she continues to send a paralyzing message to a patriarchal society that tried to neutralise her ambitions and dream. They certainly can’t figure how to deal with her.

It is with no doubt that a self-made woman is hard to deal with because she never demanded your help in designing her personality. The best you can do is to proffer her the respect she deserves. Such a woman has ascended to her pinnacle of high self-esteem without anyone providing any pedestal.  It is a near impossible feat to tackle a self-made, self-worth and confident woman. There is no better way to put this but to say women who know their worth tough, autonomous, and often unyielding.

4 Comments on Why the best women are the hardest to deal with?