There aren’t many women advisers for women clients’ growing assets

Women are expected to control two-thirds of private wealth in just three years, and yet not even a third of personal financial advisers these days are women: that could be a problem.

The financial services industry is known to lack diversity — there’s a significantly small portion of minority advisers (6% are black, 7.7% are Asian and 7.1% are Hispanic), and not many more are women — 31.6% of all personal financial advisers in 2016 were women, according to the Bureau of Labor Statistics. At the same time, women’s wallets and net worth are growing — in 2015, women passed the halfway mark for controlled personal wealth in the U.S., according to the Bank of Montreal’s Wealth Institute, and by 2020, they’re expected to hold $22 trillion.

There lies the imbalance. Though women clients can, and do, work with male advisers, sometimes they’d just like to talk to someone with a similar perspective or familiar background. Most women didn’t have a preference over men and women advisers, but some did — specifically divorcées and widows, according to a 2014 study from financial services firm Pershing. Family advisers might have trouble attracting — and then keeping — those types of clients: 24% of advisers said female clients whose husbands died stopped working with those advisers, according to another 2014 survey conducted by financial adviser publication InvestmentNews — 29% said the same of divorcing women.

Women investors also behave differently with money than their male counterparts. Their levels of risk tolerance vary, for example, and their lower levels of testosterone affect their investing habits too, a recent study found. Other key attributes, such as the fact that women live longer and often earn less than men, also affects their money management. Lastly, they tend to lack trust and communication with financial advisers, and have low confidence in investing, experts said during a MarketWatch panel discussion in September. 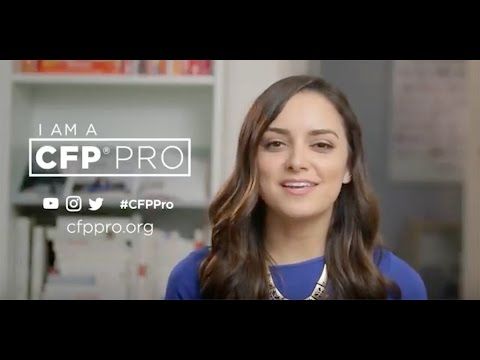 I hope you don’t mind me sharing a huge win with you… I am CFP Pro! http://buff.ly/2qYupkV

The industry is responding, partially with how they communicate with women investors, and also by looking to hire more female advisers, through scholarships, employee programs and overall awareness campaigns.

The CFP Board, for example, launched the “I Am a CFP Pro” campaign in April, which encourages young people, women and minorities to search careers in financial planning by introducing them to professionals to whom they may relate.

“The opportunity to meet the needs of clients is enhanced” with more women and minority advisers, said Marilyn Mohrman-Gillis, executive director of the Center for Financial Planning.

The Center created a mentorship program, connecting Certified Financial Planning professionals with women interested in joining the profession (those new to the workforce as well as people transitioning between career paths). The center is also working with schools to promote the financial planning career.

Women interested in becoming financial advisers need to do one more thing: stick to their guts, said Paula Wieck, a portfolio manager with CLS Investments. “There has been a misconception that women need to act or behave the same way as a male,” she said. “They will have a different approach — and that’s what adds to the diversity of the team.”