Washington (CNN)The House Democratic Women’s Working Group is inviting female members of both parties to wear white to President Donald Trump’s State of the Union address next week as a symbol of solidarity.
“Wearing suffragette white is a respectful message of solidarity with women across the country, and a declaration that we will not go back on our hard-earned rights,” Rep. Lois Frankel of Florida, the chair of the working group, told CNN. 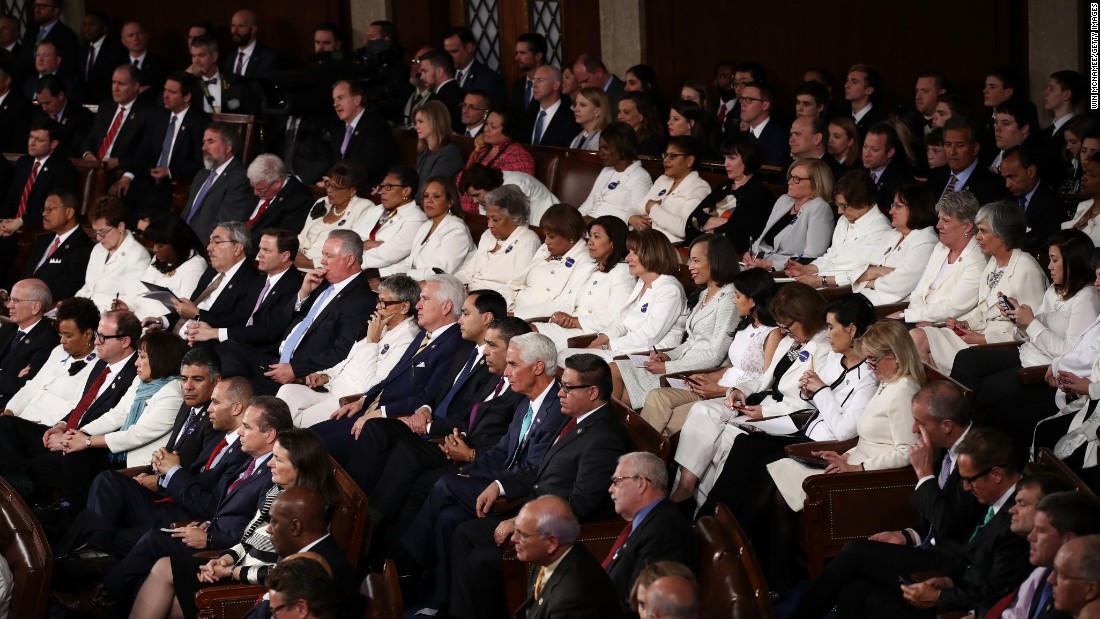 WASHINGTON, DC: Members of congress wear white to honor the women’s suffrage movement and support women’s rights as President Donald Trump addresses a joint session of the U.S. Congress on February 28, 2017 (Photo by Win McNamee/Getty Images)
Frankel pointed out there have never been as many Democratic women serving in Congress as there are today.
In 2017, the same group coordinated Democratic women wearing white to Trump’s joint address to Congress. At the time, the women said they were wearing white not only in memory of the women’s suffrage movement but also to show Trump their support for a number of issues affecting women, including affordable health care, reproductive rights and equal pay.
Wearing white has become common among female politicians who want to make a statement. Rep. Alexandria Ocasio-Cortez wore white to the new-member swearing-in ceremony earlier this month, and wrote in a tweet, “I wore all-white today to honor the women who paved the path before me, and for all the women yet to come.”
The New York Democrat added, “From suffragettes to Shirley Chisholm, I wouldn’t be here if it wasn’t for the mothers of the movement.”
Hillary Clinton wore white when accepting the Democratic nomination for president in 2016. 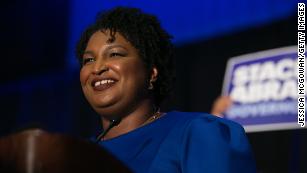 Stacey Abrams to give Democratic response of the State of the Union
Notably, many members were invited to wear black to the State of the Union address last year in solidarity with the #MeToo and #TimesUp movements, which have spread across the country.
The House working group invited both Republicans and Democrats, men and women, to dress in black. The call to wear black came days after celebrities had attended the Golden Globe Awards dressed in black to show solidarity with the movements, which have deeply affected Hollywood.
Congress has been rocked by several high-profile resignations in response to allegations of sexual harassment, and last month lawmakers passed legislation to overhaul the way Capitol Hill addresses the issue.