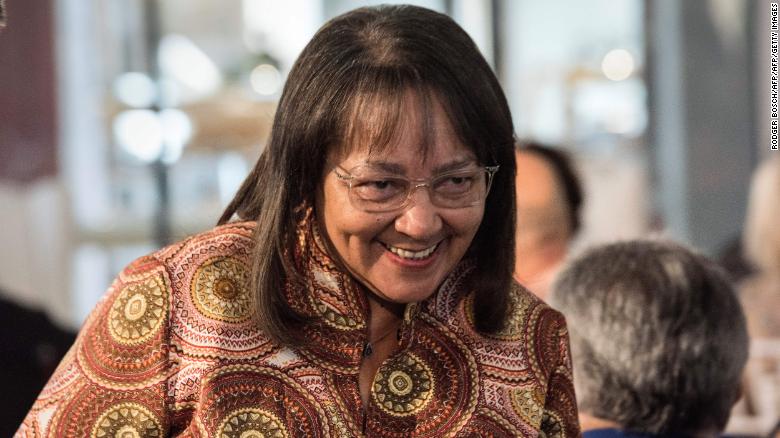 Patricia de Lille, former Mayor of Cape Town has been appointed as the country’s minister of public works.
President Cyril Ramaphosa who announced the move on Wednesday said the decision was to create a line of leaders that would advance the country’s future.
“For the first time in the history of our country, half of all the ministers are women,” Ramaphosa said in a televised press conference.
Patricia de Lille, former Mayor of Cape Town and leader of the Good political party has been appointed the minister of public works. The women are due to be sworn in Thursday when newly appointed ministers take their oath of office.
Ramaphosa said he was downsizing the number of cabinet ministers from 36 to 28 is an effort to “downscale” the “bloated government.”
While many South Africans have applauded the announcement, critics say Ramaphosa has only recycled the same crop of leaders.

1,410 people are talking about this
Xolani Dube, a political analyst from the Xubera Institute of Research and Development based in Durban said while it is commendable for governments to strive for gender balance, political appointments should based on merit and performance.
“Many of the women the president announced have been there for many decades. We need to ask ourselves what kind of paradigm shift are we looking for in this country,” Dube told CNN.
“We need to introduce young women who have a different outlook on how South Africa is supposed to be governed in this particular age,” he added.
Nkosazana Dlamini-Zuma, 70 is one of South Africa’s most powerful politicians and has held ministerial posts in different governments since 1994.
She returns as the minister of co-operative governance and traditional affairs.
Thoko Didiza who returns as minister of agriculture held the same post for eight years under former President Thabo Mbeki. 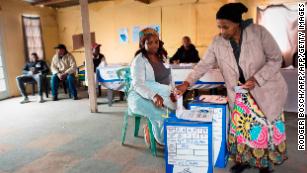 South Africa election: Ramaphosa holds power as memory of Mandela fades
Ramaphosa was re-elected for a second term after his party, The African National Congress (ANC), won the majority of the vote in the May General elections.
Opposition party leader, Mmusi Maimane claimed the appointments were to satisfy Ramaphosa’s political interests.
“South Africa at this point deserves a diverse, competent cabinet that is not a negotiated settlement between factions, but instead a team of committed individuals who are ready to take South Africa forward,” Maimane said in a statement.
Maimane said he would appoint a “shadow Cabinet” that would hold the government accountable.