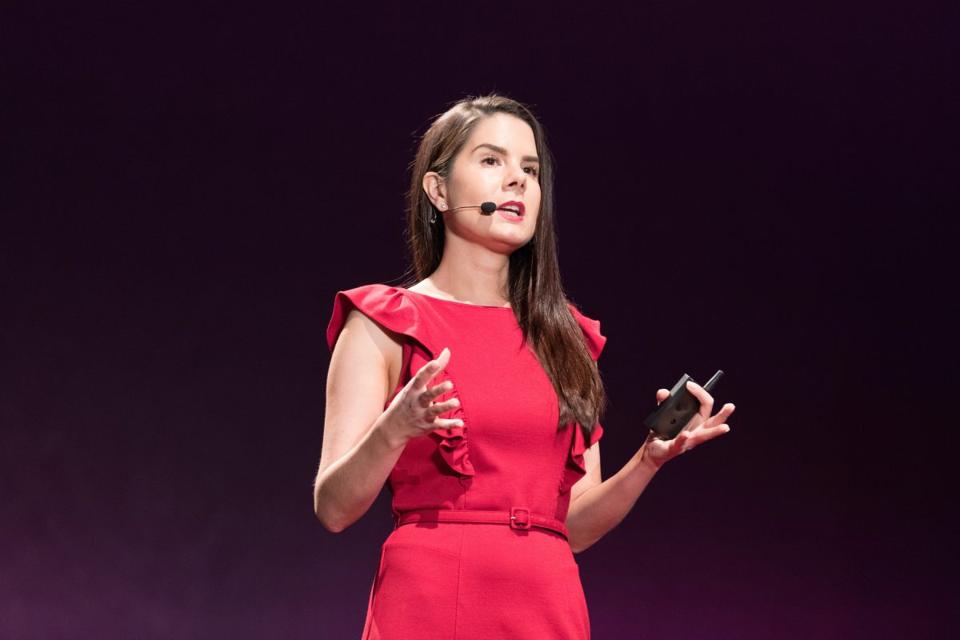 Dana Kanze is the lead author of the study “We Ask Men to Win & Women Not to Lose: Closing the Gender Gap in Startup Funding.”

Dana Kanze started noticing something funny about eight years ago, when she was pitching her startup to venture capitalists. As cofounder of Moonit Labs, a New York-based mobile app development company, she felt VCs were asking her substantially different questions than her male cofounder. She was CEO, while he was president and COO.

“I was repeatedly getting asked questions around potential losses and anything that could go wrong,” she says. “The questions for my male cofounder were about the company vision, its home-run potential, and anything that could maximize investor gains.” What made the differences even stranger was that the cofounders had similar backgrounds — both had graduated from the University of Pennsylvania about a decade earlier and had worked in investment banking afterward.

Kanze nevertheless led Moonit Labs to raise $3 million and rapidly grew revenue. But after five years, she gave up her startup career to pursue her dream of going into academia. She became a management science Ph.D. student at Columbia Business School, and last year she seized an opportunity to study the same bias she had experienced several years prior. Now she’s the lead author of a studypublished this summer in the Academy of Management Journal, “We Ask Men to Win and Women Not to Lose: Closing the Gender Gap in Startup Funding.”

The implications of these dynamics are huge. In a second phase of the research that simulated entrepreneur pitches and investor decisions, Kanze found that startups raised $16.8 million on average when investors predominantly asked promotion questions. When they asked mostly prevention questions, startups raised just $2.3 million.

What can female entrepreneurs do to prevent such bias? Respond to prevention questions with promotion answers.

Let’s say a VC asks how you’re going to defend your startup’s market share. Kanze recommends this response: “We’re playing in such a large and fast-growing market that’s bound to attract new entrants. We plan to take increasing share by leveraging our assets. It’s not about protecting or defending our little sliver of the pie … I’m shooting for the stars.”

Or perhaps an investor asks when you plan to break even. Kanze suggests: “We’re not managing the business to break even at all. We’re managing to aggressively increase sales.” She says investors in early-stage startups rarely care about profitability, and whenever she told VCs she was entirely focused on growth, she was never penalized.

The biases revealed in Kanze’s research rear their head when there’s a high degree of uncertainty and when a minority group is competing against a predominant group. She says they can also appear in job interviews, especially if you don’t have a track record in an industry or job function. So if you’re ever interviewing and you receive a prevention question, keep Kanze’s advice in mind. Don’t evade the interviewer’s question, because that could come across as dishonest. But if you’re asked about a personal weakness or a mistake you’ve made, focus on what you learned from the experience and how it made you stronger. Make the positive elements of your answer outweigh the negative.