When former colleagues at the BBC asked me to give written evidence to the digital, culture, media and sport committee ahead of today’s questioning of the director general Tony Hall over the corporation’s failure to ensure equal pay, I didn’t expect to be the only woman willing to be named. Finding myself at a story’s centre, rather than reporting on it, has been strange.

I put my name forward because I thought people should be able to make up their own minds. Viewers and listeners in Scotland would have heard me on air regularly and will have seen my performance in comparison with my male counterparts. Unlike other jobs, you don’t have to rely on the testimony of managers or peers – you saw it all for yourself, the successes and the bloopers.

My managers seemed to think I was doing a good job. I had consistently good appraisals. I broke exclusives and won awards. But whenever I asked for a pay rise it was never “the right time” or “the right forum”. My male colleagues were extremely supportive, and many shared their pay details with me. It was only when I asked for an equal pay review that I was given an immediate £5,000 pay rise, which brought me up to the average salary for a BBC Scotland correspondent. There were still male colleagues around me, though, doing exactly the same job and getting paid more.

Then there was another round of redundancies, and nearly all the senior female editors in the newsroom were made redundant. There weren’t many of them to begin with! As part of a group of female journalists I took our concerns about gender imbalance to the top of BBC Scotland. We were listened to, but nothing much happened. I was asked to sit on BBC Scotland’s diversity group, which had no budget and zero appetite for root and branch reform. I suggested that BBC Scotland provide better information for female staff who were about to go on maternity leave. For instance, it should explain that they have the right to be kept informed about secondments and jobs they might like to apply for while on leave.

Nothing happened. I asked for an email to be sent to all female staff explaining their right to an equal pay review if they had concerns. I was told it would lead to a deluge of requests and HR wouldn’t be able to cope. They did, however, provide refreshments for a women’s group I set up with a colleague, and helped me to find new recruits via the HR database.

That sums up the situation I found myself in. It was an attitude of friendly stonewalling. Nothing was allowed that would have an impact on the business. It may seem bizarre to say that I had sympathy for my managers, but I did. The BBC I saw was not the one depicted in W1A. Our news department was continually being asked to do more with less, and often relied upon the goodwill of staff. It was also under attack from all quarters, particularly during the Scottish referendum. There was too much to do, too little time and even less money.

However, the fact remained that I was in a position that was unfair. I was working just as hard as others who were earning thousands of pounds more. Several female colleagues told me of situations that were even more unfair, but it was not only the women who faced discrimination. A male colleague told me how, in his female dominated department, the women would go out socially and make business decisions which excluded him. I still have sympathy for the BBC. It has been forced to tackle the issue of unconscious bias, which pervades every level of society. Numerous academic studies have demonstrated that women as well as men favour male candidates. Life is even tougher if you are from an ethnic minority or have a disability. No doubt many other organisations are dreading the day when the gender profile of their salaries is published.

Hall was hauled over the coals by the select committee today, but the fact remains, as former BBC China editor Carrie Gracie, who resigned in January in protest at gender pay discrimination, told the committee ahead of his appearance, the corporation was supposed to be an example. “It pains and hurts me that the corporate machine has not lived up to BBC values,” she said. “Our business is truth. If we’re [the BBC] not prepared to look at ourselves honestly, how can we be trusted?” 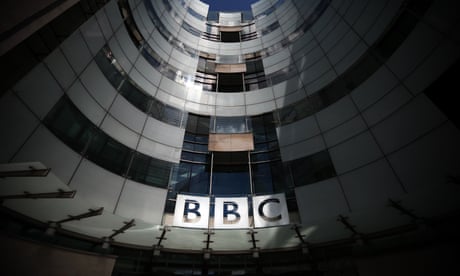 ‘The BBC doesn’t do equal pay’: Why female staff are fighting back

I believe the BBC needs to start by admitting it has a problem over equal pay and then to invest in really good training about unconscious bias. The current online course for staff isn’t challenging. It also needs to be fairer in the way opportunities are awarded. Currently, interviews don’t have to be held for secondments under three months. While this allows the BBC to move staff around quickly, the best assignments are often handed to men, which leaves them with a more impressive CV when it comes to the next career move.

It should monitor on-air contributors. Research shows that men are more likely to feature as “experts” and women as mothers and victims. There should be targets for equal representation at various levels and management pay should be linked to the achievement of those targets, so that this can no longer be an agenda item that is skipped over with a sigh.

Those would be my first steps, but I bet we could find some experts who could suggest better ones. Some of those “experts” might even be women.

The paradox of it all is that, during my time at BBC Scotland, we were continually told that we needed to attract more female viewers and listeners to our news programmes. If the BBC addresses the gender imbalance in its newsrooms, I’d be willing to bet that a more balanced audience would follow.