Contraceptives are one of the greatest antipoverty innovations the world has ever seen, and we can give women access to them.

Last week, just a few days after the White House proposed dramatic cuts to health and development aid, I headed to Indonesia. The timing was coincidental — the trip had been planned for months — but the reason I was going happened to be especially relevant to our country’s national debate. Indonesia has strategically used foreign aid to transform itself from a poor nation into a middle-income one. I was there to talk about the role that smart investments in contraceptives have played in the transformation.

Many people don’t realize the role contraceptives play in building a more stable and prosperous world. For most of my life, I certainly didn’t. But after Bill and I started our foundation and I began spending time in developing countries, women kept telling me about their unmet need for family planning and asking what I could do to help. When I started looking at the data, I learned that contraceptives are actually one of the greatest anti-poverty innovations the world has ever seen.

Consider the fact that 50 years ago, fewer than one in 10 Indonesian women were using family planning tools. The average Indonesian woman had five or six children, and she was raising them in extreme poverty.

Then, with support from donor nations like the U.S., Indonesia implemented a hugely successful family planning program. In just one generation, access to contraceptives skyrocketed to over 50%. Most women decided to have just two or three children. More of those children were able to stay longer in school, more women were able to work outside the home, and prospects for families across the country began to improve.

Today, Indonesia is the world’s eighth largest economy and one of our country’s biggest trading partners. It is a steady ally in an unstable world and an important market for U.S. goods. More important, as more Indonesian children have grown up healthy and well-educated, the world has gained millions of minds that can drive progress for everyone. Our foreign aid investments there have paid dividends.

Even so, our work is not finished. Indonesia has yet to complete the transition to a fully developed nation — in part because there are still millions of women across the country who are not using contraceptives due to a lack of access, information or options that meet their needs. During my trip, there was a morning when three women mentioned to me that they had had unplanned pregnancies.

The good news is that Indonesia knows what it needs to do to reach those women, and that work is already underway. When Indonesia completes its economic transformation, it will be in no small part due to the efforts of health workers, midwives and community volunteers — almost all of them women, almost all of them people of faith — who are pioneering ways to get more women across the country the tools and information they need to plan their families and contribute to Indonesia’s future.

Just outside Yogyakarta, I toured a hospital with Dr. Ivanna Beru Brahmana, an OB-GYN who is passionate about counseling families about contraceptives because she wants each child she delivers to have the best possible start in life. Like many of the people I talked to, she believes that part of being a good Muslim is being a good parent, and that part of being a good parent is spacing pregnancies so parents are able to devote time and resources to each one of their children.

I also sat down with a woman named Suparti, who like many Indonesians goes by only her first name. She is a community volunteer who uses an interactive e-tablet to educate women about contraceptives and combat misinformation. Concerned that some women in her community might still be falling through the cracks, Suparti persuaded a local religious leader to incorporate family planning lessons into the prayer meetings he leads, to help meet women where they are.

And I’m still thinking about the high school student whose name I didn’t get but whose words I will always remember. She said she plans to use contraceptives in her future because of something her parents told her: “This is a developing country. It’s your job to develop it.” Like so many of the Indonesians I met, she is not merely hopeful her country will continue to rise — she is determined to do her part to lift it. Foreign aid helps make sure that more young people have that chance.As the debate over cutting funding for development assistance continues, we will be asked whether we believe that investing in developing countries and the women and girls who live there is worth it. I hope you will insist that it is. And as the White House implements the Mexico City policy, which prohibits U.S. aid from supporting international groups that promote abortion, and considers cuts to things such as foreign aid, I hope you will speak up loud and clear for the power of contraceptives to transform nations and build a better world for all of us — and that you will keep the image of the Indonesians who are carrying out this work in your mind and in your heart.

Indonesia is only one of many countries whose future will be impacted by the funding decisions the U.S. makes — and its story is a reminder both of what is possible and what is at stake. With so much achieved already, now is not the time to turn our backs. At home and overseas, there are people depending on us. 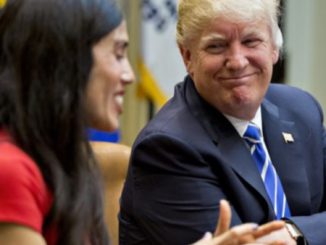 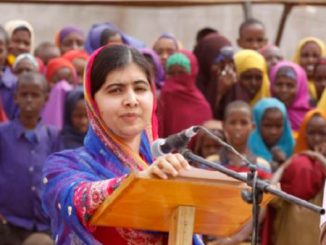