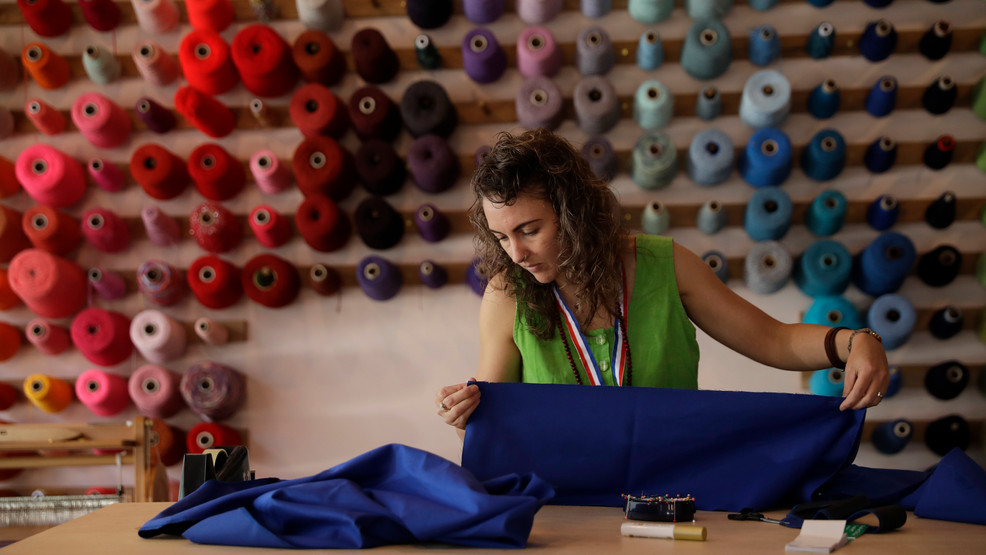 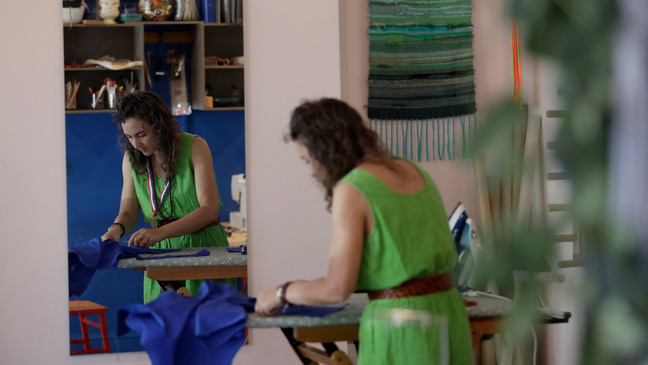 LONDON (AP) — They just wanted to help. But they created a movement.

Four women from London’s Hackney Wick neighborhood responded to the coronavirus pandemic by organizing volunteers who so far have churned out more than 3,800 sets of scrubs for health care workers after Britain’s National Health Service was unable to provide enough of the pajama-like garments.

More importantly, they helped organize a nation, putting together a template for making basic personal protection equipment, or PPE, with organizational ideas and a pattern for the scrubs so others could do the same. Now some 70 “Scrub Hubs with more than 2,200 volunteers are busily sewing away from Scotland to Wales.

“Very quickly, we discovered that Hackney was not just the (only) place where PPE was needed,’’ said one organizer, Brooke Dennis, 33. “It was needed all across the land.’’

The story of how four women used social media to create and deliver desperately needed medical supplies around the U.K. began with a request from a single doctor: I need scrubs to do my job. Can anyone help?

That surprised charity worker Maya Ilany, 29. The idea that the NHS might not have enough of something so basic startled her. She googled the doctor. “I thought: It’s a joke,” she recalled.

Medical staff across the world have struggled to obtain enough personal protective equipment, including face shields, gloves and masks, to protect themselves from the virus as they work to save lives. As the crisis deepened, the situation only got worse, even as the British government insisted it had done all it could amid international shortages and disrupted supply lines.

Simple cotton scrubs are in short supply as COVID-19 patients stretch hospital resources and doctors who don’t normally wear scrubs don the baggy garments because it’s easier to toss them into laundry bags before heading home on public transport to their families. 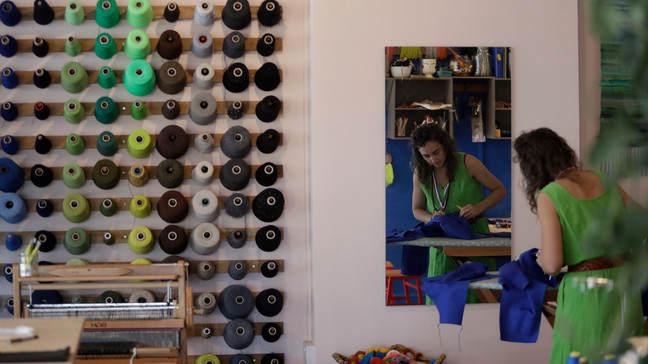 Scrub Hub responded. A decade of government austerity measures following the global financial crisis led to cutbacks at Britain’s NHS, hurting its ability to respond to the coronavirus outbreak. In addition, when warnings about the pending pandemic hit Britain early this year, the government’s top policy planners were focused instead on preparations for the country’s historic Jan. 31 exit from the European Union.

“I think they had their blinkers on,’’ said Mark Johnson, an expert on the NHS and supply chains at Warwick Business School.

Scrub Hub, on the other hand, could focus on a single thing: making scrubs.

Scrub Hub’s founders, none of whom knew each other five weeks ago, made contact during the early days of the crisis by using WhatsApp message groups to see if anyone in Hackney Wick needed help.

Many of the requests were random. Can anyone deliver groceries? Does anyone have a skateboard? And then there was the request for scrubs.

Ilany, who knew how to organize campaigns, teamed up with Annabel Maguire, 31, who had expertise in buying fabric in bulk. The group soon included Rebecca Zehr, 47, a creative pattern cutter, and Dennis, who runs Make Town, a textiles and craft studio in east London that has morphed into the beating heart of Scrub Hub.

Designers, costume assistants and other creative types with time on their hands after the government ordered non-essential workers to stay home stepped forward to help. Crowdfunding paid for the materials.

Scrub Hub went a step further, putting all this organization into an easy-to-follow open source document that showed others how to do what they had done. Word spread. Scrub Hub figured the government would step in and take responsibility.

They are still waiting.

“The one little group spawned into many, many, many others, and it’s created a fantastic little community,’’ Maguire said. “But it’s really, really bad news that we were ever in a situation where the NHS … didn’t have the supplies it needed at such a critical time. ‘’

The volunteers are glad to help, but they are frustrated.

Ilany said just one request from a local hospital could use up the Hackney Wick group’s entire production capacity of about 100 sets of scrubs a week. But then what about the individual doctors or hospice workers who ask for help?

“How do you decide?” Ilany said. “Do you prioritize a hospital that wants to have 100 scrubs or do you go for a doctor who writes you a single email saying, `I’m really desperate. Can you help me?'”