The indigenous Mexican actor Yalitza Aparicio has made history by appearing on the cover of Vogue Mexico, in a first for a country where light-skinned people dominate the media landscape – despite an overwhelmingly mestizo and indigenous population. 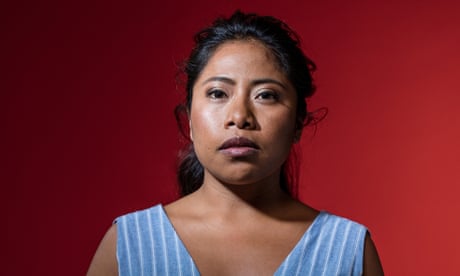 Roma star Yalitza Aparicio: ‘I don’t think I am an actor’

Aparicio, who has won acclaim for her debut performance in Alfonso Cuarón’s new film Roma, wears a Gucci dress on the magazine’s December edition, next to the title “In tiu’n ntav’i” – “A star is born” – in the indigenous Mixtec language.

In a video released by Vogue, Aparicio, a preschool teacher from Oaxaca state, said: “Certain stereotypes are being broken: that only people with a certain profile can be actresses or be on the cover of magazines.

“Other faces of Mexico are now being recognized. It is something that makes me happy and proud of my roots.”

Her appearance on the cover of the magazine’s Mexico and Latin America edition was hailed by indigenous women. “I saw it and wow! It was very powerful. Just like she did, others will say: ‘We can do it,’” said Esther Poot, 24, an indigenous Maya activist and preschool teacher in south-eastern Quintana Roo state.

“We can continue raising our voices and say ‘yes’, as indigenous women we can go on television and come out in movies or appear on the cover a magazine. It’s exciting, but also motivating,” she said.

Mexico portrays its pre-Hispanic history in heroic terms, while demonizing Spanish conquistadors such as Hernán Cortés, but modern day indigenous peoples are portrayed less glowingly – if they are portrayed at all.

Indigenous Mexicans comprise 15% of the population but are often marginalized from public life and politics, and many live in poverty.

Aparicio’s magazine appearance comes shortly after the country swore in a new government led by populist president Andrés Manuel López Obrador, who has promised to put a priority on indigenous issues. 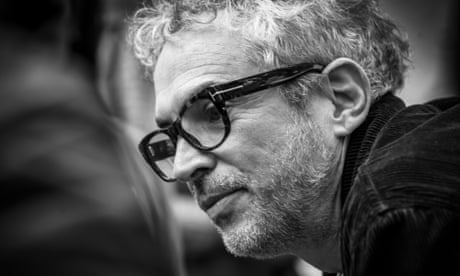 Alfonso Cuarón on Roma: ‘We cast for almost a year … I couldn’t find the right person’

“Some media outlets are getting that sensibilities in Mexico are changing,” Federico Navarrete, author of the Alphabet of Mexican Racism, told El País. “It’s incredible that in 2019, 80% of the population of Mexico – those who look like Yalitza Aparicio – are not represented in the Mexican press.”

A survey by BuzzFeed Mexico showed the vast majority of people featured in Mexican magazines were white – with some publications having just 2% of its photos showing mestizo or indigenous people.

Skeptics noted that Aparicio appeared in the US edition of Vanity Fair before Vogue Mexico put her on its cover, while some online reaction to her cover has been explicitly racist.

“It shouldn’t be so surprising, but it is and that’s because of the racism we experience in the country and the exclusion of indigenous people historically,” said Betina Cruz Velázquez, a leader of the Binnizá community in the Isthmus region of southern Oaxaca state.

“The whole idea that indigenous people are not attached to western ideas or western beauty stereotypes causes people to be surprised that an indigenous woman can use an expensive dress and be on a magazine cover that isn’t targeting indigenous people.”